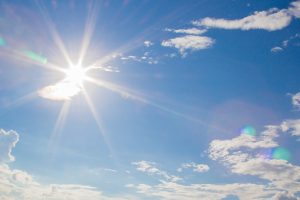 Vitamin D is not a form of treatment for sleep apnea, but vitamin D levels should be monitored in sleep apnea patients and supplementation is encouraged for overall good health. The National Institutes of Health (NIH) recommends 600 IU of vitamin D daily.

Sleep apnea is a sleep disorder in which a person pauses breathing throughout the night. This can result in daytime fatigue, headaches, excess weight, and cardiovascular problems. The most common sign of sleep apnea is snoring. The good news is that sleep apnea can be treated effectively with lifestyle changes and a CPAP device.

There is clinical evidence that a vitamin D deficiency can contribute to sleep apnea, as low vitamin D can lead to weight gain. However, whether or not supplementing vitamin D can be an effective means to treat sleep apnea is still unclear – additional research is required to address this issue.

In the meantime, never begin self-treating yourself with vitamin D supplementation and speak to your doctor about any changes you are going to make. For now, maintain healthy vitamin D levels by getting adequate sunlight along with eating foods rich in vitamin D like dairy, fatty fish, and fortified cereals.