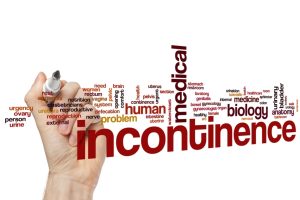 Urinary incontinence is a condition that impacts a lot of people and can be broken down into different types – for example, stress incontinence, urge incontinence, and overflow incontinence. A better understanding of the various forms of incontinence can help those who suffer from it gain better control over symptoms.

Essentially, urinary incontinence happens when the muscles of the bladder controlling the flow of urine relax involuntarily. This leads to either leaking of urine or uncontrolled urinating. Urologists report that about one-quarter to one-third of Americans suffer from urinary incontinence. For some people, the condition can be mild and annoying, while for others it can be chronic and involve uncontrollable urination. Urinary incontinence is not classified as a disease. However, it can be a sign of some other medical condition.

Urinary problems such as incontinence appear to be more common among women than men.

When we talk about primary and secondary urinary incontinence, primary means that the condition is strictly related to the bladder, while secondary suggests that there is another reason – for example, stress – that is leading to the symptoms.

To get a better understanding of the different types of incontinence, review the brief explanations below.

Incontinence treatments often depend on the type of urinary incontinence a person suffers from and how severe the condition is. In some situations, pelvic floor exercises called Kegel can help strengthen the urinary sphincter and thus the pelvic muscles to help prevent the urine from leaking out. There is also a technique known as bladder training. Someone who bladder-trains is aiming to bring urge under control. One way to do this is to schedule certain times for washroom breaks and stick to those times. After a while, the bladder gets accustomed to emptying at specific times and the random, frequent urges start to subside. Some urologists also suggest double-voiding, which means going to the toilet, then waiting for a couple minutes and going again.

In some instances, medications are prescribed for urinary incontinence. This can include medications that calm overactive bladder or lessen the urge sensation. Topical estrogen has also been used to help reinforce tissues in the vaginal area, which has potential to lessen symptoms. When stress incontinence is the diagnosis, sometimes antidepressants will be prescribed.

Urinary incontinence can be difficult to cope with, and for many sufferers it goes undiagnosed. People keep it a secret because they are embarrassed about the condition. It’s important that these people seek help, not only so that they can gain a better quality of life, but also to protect themselves from any complications. People with urinary incontinence have been known to experience skin problems, such as rashes and infections, due to wet or damp skin. They are also prone to urinary tract infections. Women with urinary incontinence are at risk of prolapse. This is when parts of the vagina, bladder, and urethra fall into the entrance of the vagina because of weak pelvic floor muscles.