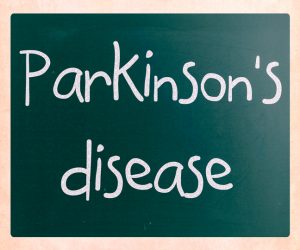 Stage 1: This is the mildest form of Parkinson’s disease. Symptoms at this stage are quite mild and, although present, do not interrupt daily living. In fact, oftentimes, symptoms are missed or overlooked.

Family and friends may or may not notice changes at this stage, but they may recognize slight changes in facial expression or walking.

A distinct symptom in stage 1 is the presentation of tremors and difficulty moving.

Stage 2: This is considered the moderate stage of Parkinson’s disease. Symptoms are more noticeable and may include stiffness, tremors, and changes in facial expression. At this stage, Parkinson’s disease does not impact one’s balance, but symptoms may be experienced on both sides of the body.

Patients can still live on their own independently, but some tasks may take longer to complete.
Stage 3: This is the middle stage of Parkinson’s disease which marks a turning point in the disease progression. Symptoms are similar to those in stage 2, with the inclusion of loss of balance and a decrease in reflexes.

Performing daily tasks at this point is more difficult, but medication and occupational therapy may decrease the symptoms.

Stage 4: The biggest difference between this stage and stage 3 is independence of the patient. In stage 4, a patient is no longer able to live alone and requires a caregiver. Daily tasks are difficult – and sometimes even dangerous – to complete.

Stage 5: This is the most advanced and debilitating stage. Advanced stiffness in the legs can cause them to freeze up when standing. Patients require wheelchairs to get around and as well as overall assistance and care.

During this stage, patients may experience hallucinations. Side effects of medications may weigh out the benefits.

One criticism of this scale is that it largely focuses on motor symptoms even though there are many other symptoms related to Parkinson’s disease that go beyond movement. For this reason, doctors may also use the Unified Parkinson’s Disease Rating Scale, which allows them to measure cognitive impairments.