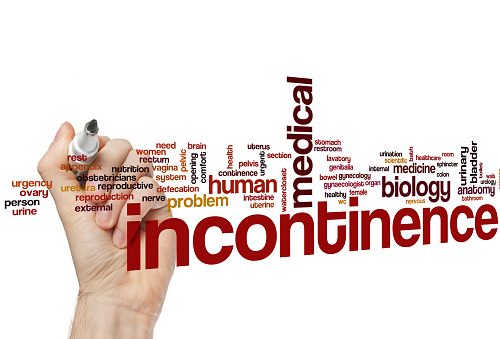 Literally millions of women suffer from urinary incontinence, and while many people believe it is simply an age-related issue, it can, in fact, impact people who are younger. Noticing the symptoms early and identifying the cause can help women with urinary incontinence get back to enjoying life.

Urinary incontinence in women can be both physically and emotionally draining. Essentially, it is the leaking of urine that can’t be controlled, so many women are afraid to leave the house out of fear they will be too far away from a washroom. Some people suffer in silence because they are too embarrassed to talk about it. The truth is, urinary incontinence can be managed and treated so if you think you are experiencing urinary incontinence you should speak to a medical professional.

Some women lose a few drops of urine when they exercise or cough, others may feel a strong urge or a sudden urge to urinate. In some cases, women can experience both. Urine loss is also possible during sexual activity, which can cause a lot of emotional stress.

Urinary incontinence is often related to the muscles and nerves that help hold or release urine. Obesity is linked to increased pressure on the abdominal muscles and can make incontinence worse. Weight loss can reduce the severity, but again it is important to see a doctor for a proper assessment.

Up to a third of women in the United States suffer from urinary incontinence (UI). About 33 million have overactive bladder or OAB, which means they feel urgency, and/or frequency with or without urge incontinence.

Research shows that while urinary incontinence risk can be linked to aging, it can also be associated with pregnancy, delivery, and the number of children you have. It doesn’t matter whether you have a vaginal or C-section delivery, the risk is still the same. Studies also indicate that women can experience urinary incontinence after menopause due to the drop in estrogen, yet taking estrogen doesn’t seem to help those who suffer from UI. As mentioned above, excess weight can also increase your risk of getting urinary incontinence. 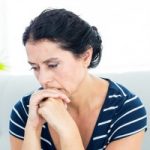 There are different types of urinary incontinence. Figuring out what type you have will lead you to proper treatment.

Urinary incontinence causes depend on the type of incontinence a person has. For instance, if you suffer from stress incontinence, the pelvic floor muscles have likely lost some of their strength. This could be due to pregnancy, childbirth, menopause, a hysterectomy, another type of surgery, aging, or obesity.

If overflow incontinence is the diagnosis, there is a bladder blockage, making it hard for the bladder to completely empty. As a result, pressure builds up, causing leaking. This could be due to a tumor pressing on the bladder, constipation, or urinary stones.

Urinary incontinence can sometimes be caused by medications such as muscle relaxants, diuretics, and sedatives. Certain food and drinks can trigger episodes of UI.  Those who drink large amounts of alcohol can experience urinary incontinence because the muscles around the bladder become too relaxed.  On the other side of the spectrum, dehydration can cause UI. This happens because urine can become highly concentrated and the concentrated salts can irritate the bladder, leading to incontinence.

In some situations, a person has a urinary tract infection, which triggers a strong urge to urinate. This is not chronic UI, but an infection that needs to be treated. 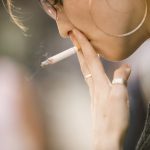 Some people are at a higher risk for developing urinary incontinence. Below we list some of the risk factors for UI.

Urinary incontinence treatment is available to those who are suffering, but UI can also involve complications. For example, some people with UI experience skin sores, rashes, and infections. This is due to the fact that the skin is wet most of the time. People who have incontinence are more prone to urinary tract infections. Prolapse can also be a problem. This is when part of the vagina, bladder, and sometimes the urethra falls into the entrance of the vagina. This usually requires surgery.

At this point, you may be wondering how a person gets diagnosed with urinary incontinence. It can be difficult for the average person to tell whether they suffer from some type of UI versus an infection, for instance.

Doctors will begin by asking a patient about their symptoms. In some situations, the general practitioner or a urologist might ask the patient to keep a bladder diary. The patient should record how much they drink, when they urinate, and how much urine is produced. They should also note whether there is an urge to urinate and the number of incontinence episodes experienced. Of course, the doctor will also conduct a physical exam, which will check the strength of the woman’s pelvic floor muscles.

A urine sample will be taken and tested for any infection or other abnormalities. As well, blood tests can be taken to help reveal any substances that could be linked to the urinary incontinence. Another measurement that might be ordered by the doctor is the post-void residual, or PVR. This measures how much urine is left in the bladder after you have finished urinating. Basically, a person urinates into a container measuring how much is expelled. An ultrasound or catheter then measures how much urine is still in the bladder.

A pelvic ultrasound, a stress test, and special X-ray procedure to visualize the bladder called a cystogram may also be conducted. There is also something called urodynamic testing, which involves a catheter inserted through the urethra into the bladder. The bladder is filled with water and a monitor determines how much pressure the bladder and urinary sphincter muscle can handle. Lastly, a cystoscope, which is a thin tube with a lens at the end, can be inserted into the urethra so a doctor can view the urinary tract. This is called cystoscopy.

There are different urinary incontinence treatments depending on what led to the UI in the first place. In many situations, behavioral remedies such as bladder retraining and Kegel exercises can help. Bladder retraining is simply using the washroom at regular timed intervals. This is also referred to as “timed voiding”. Kegel exercises are movements to strengthen the muscles that help hold in urine.

Lifestyle changes play a big role in treatment for some people who struggle with UI. There are those who cut down on caffeine consumption, consume less fluid, consume more fluids, or lose weight and find improvement.

Some people are prescribed urinary incontinence medication in combination with exercises, but it is important to know that there can be side effects, including dry mouth. There is also topical estrogen for the skin that comes as a ring, patch, or vaginal cream. It reinforces the tissue in the urethra and vaginal areas. Medical devices, including urethral and vaginal inserts, have been known to help women with incontinence, particularly during times of physical activity.

Although less common, radiofrequency therapy, which can firm up tissue in the lower urinary tract, botox injected into the bladder muscle, bulking agents injected into the tissue around the urethra, as well as the sacral nerve stimulator, a device implanted under the skin to stimulate the nerve that controls the bladder, are also treatment options.

Unfortunately, there are situations where urinary incontinence surgery is required. The three most common procedures are: sling, colposuspension, and artificial sphincter. Sling involves inserting something into the neck of the bladder to support the urethra in order to stop the leaking. Colposuspension is a bladder neck lift. It is more invasive as it requires an incision in the lower abdomen and stitches through the walls of the bladder neck. Artificial sphincter is an artificial valve inserted to control the flow of urine from the bladder into the urethra. This is only recommended when nothing else works, because it comes with some serious risks.

The good news is, many people who suffer from urinary incontinence are able to find relief through behavioral and lifestyle changes. Also, there are a lot of women who only experience the odd episode of UI. These women have the option of purchasing absorbent pads at their local pharmacies. Most are not bulky and some are placed into normal underwear.

Living with urinary incontinence can be a major inconvenience, but hiding the fact that you have this problem from your doctor will only prolong and even worsen the situation. If you experience any of the symptoms described here, see a doctor to get some relief.