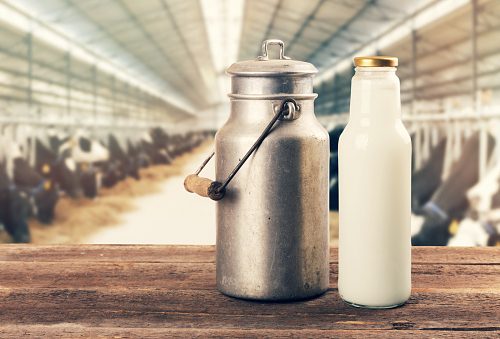 The latest research carried out at the University of Central Florida (UCF) reveals how bacteria present in cow milk can cause rheumatoid arthritis. The findings are based on a collaborative study carried out by Saleh Naser, specialist of infectious diseases at UCF; Dr. Shazia Béga, a rheumatologist at UCF; and Robert Sharp, a doctoral candidate of biomedical science.

This research was inspired by a previous study that linked bacteria found in the milk of sick cattle with Crohn’s disease. Both rheumatoid arthritis and Crohn’s disease are inflammatory diseases, and the patients suffering from both have similar genetic dispositions and are treated with the same medicine.

Based on the similarities between the two diseases, Naser decided to conduct a new study to find out whether the same bacteria known as Mycobacterium avium subspecies paratuberculosis (MAP) can lead to the development of rheumatoid arthritis. This is significant because the cause of rheumatoid arthritis is not known.

A study carried out by scientists at the University of Liverpool revealed that bacteria that makes cattle sick can be present in the milk of cows that are ill. Consuming milk with these bacteria can cause Crohn’s disease in humans. Chron’s disease causes inflammation of the intestines, resulting in abdominal pain, diarrhea, and bleeding.

The team of scientists who carried out the research identified Mycobacterium paratuberculosis as the bacterium responsible for this. Mycobacterium paratuberculosis, which is present in sick cows, discharges a molecule that contains a sugar called mannose. This adversely affects the functioning of white blood cells, preventing them from killing e.coli. Since e.coli are also present in the tissues of people suffering from Crohn’s disease, scientists drew a connection between the disease and milk consumption.

In addition, the bacterium can trigger the production of ASCA–a circulating antibody protein that is present in two-thirds of patients suffering from Chron’s disease.


The new study by Naser and his team

Bég decided to collect clinical samples from 100 volunteers suffering from rheumatoid arthritis. The samples were to be tested for genetic similarities and the presence of MAP.

These discoveries helped the researchers verify that patients with a mutation in the identified gene were likely to develop rheumatoid arthritis if exposed to MAP. Considering the fact that 50 percent of the cows in the United States have MAP, the chances of people getting the bacteria from consuming beef and milk is high. As a result, if their PTPN2/22 gene is mutated, they are at a high risk of contracting rheumatoid arthritis.

This discovery can guide further studies that can help develop medication for MAP bacteria so that rheumatoid arthritis can be treated more effectively.