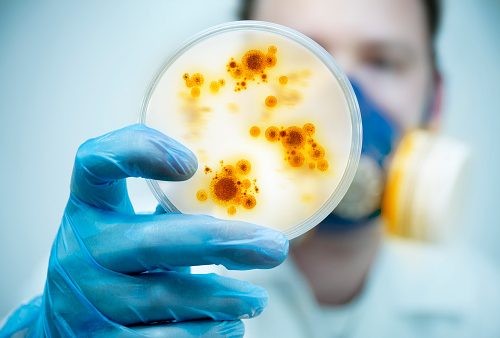 Researchers at John Hopkins University School of Medicine have just discovered that a type of bacteria that causes inflammatory gum infections also triggers the inflammatory response characteristic of rheumatoid arthritis (RA). The researchers believe that this new finding could have important implications for the prevention and treatment of rheumatoid arthritis (RA).

RA is a chronic inflammatory disorder that can affect more than just the joints. It is also the second most common form of arthritis in the UK. It causes the joints to become inflamed, leading to pain and swelling, stiffness, and fatigue. In some people, the condition can also damage a wide variety of body systems, including the skin, eyes, lungs, heart, and blood vessels. It is considered an autoimmune disorder, which means that the body’s own immune system mistakenly attacks its own tissues. This autoimmune attack affects the lining of the joints, causing painful swelling and eventual bone erosion and joint deformity.

The scientists who made the connection between the bacteria and the two inflammatory conditions— inflammatory gums and rheumatoid arthritis—focused on a bacterium called A. actinomycetemcomitans. An infection with this particular bacterium appears to stimulate the production of citrullinated proteins, which are suspected to drive the cascade of events leading to RA and also cause gut disease.

“This is like putting together the last few pieces of a complicated jigsaw puzzle that has been worked on for many years,” said Felipe Andrade, senior study investigator. “This research may be the closest we’ve come to uncovering the root cause of RA,” said first author Maximilian Konig.

Citrullination happens naturally to everyone as a way to regulate the function of proteins and has been studied since the early 1900s when looking for a link between gum disease and RA. At that time, they discovered the process of hyper-citrullination happening in RA joints and in gum disease. This results in the abnormal accumulation of the proteins in RA patients, driving the production of antibodies against them and creating inflammation, a hallmark of RA.
The researchers found that A. actinomycetemcomitan bacteria was the only bacteria able to induce hyper-citrullination. However, Andrade cautioned that more than half of the study participants who had RA had no evidence of infection with A. actinomycetemcomitans.

He added: “This may indicate that other bacteria in the gut, lung, or elsewhere could be using a similar mechanism to induce hyper-citrullination. If we know more about the evolution of both combined, perhaps we could prevent rather than just intervene.”

This study may help those with the disorder be more vigilant about dentist visits and ensuring their gums are healthy.