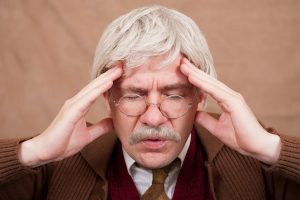 Dementia is often mistaken for being a part of the normal aging process, but just because you are aging doesn’t mean you will develop dementia. The belief that dementia in old age is inevitable stems from the fact that many older adults experience cognitive decline.

As we age, we may notice that we forget where we placed our keys or maybe we can’t recall someone’s name. But do these bouts of forgetfulness necessarily mean impending dementia?

No matter how old you are, the brain is always capable of generating new cells, meaning, you don’t have to suffer from memory loss – in fact, you can boost your memory! The thing with memory is, you need to use it – like muscles – or else you will lose it.

Putting in extra effort to keep your memory strong is a good strategy for improving memory and avoiding that embarrassing forgetfulness. And although there isn’t a foolproof way to prevent dementia, living a memory-boosting lifestyle can very much help.

Below you will find the differences between normal aging and dementia with regards to symptoms and treatments to better understand what is going on with your brain as you age.

Forgetfulness and lapses in memory happen in both normal aging and dementia, but there are key differences between the two, which set them apart. The below chart will highlight these differences so that you can tell whether you are just experiencing normal aging or may be on the path to dementia.

Understanding the difference between normal aging and dementia: Symptoms

Symptoms of normal aging include being unable to remember every detail of a conversation, forgetting the name of a friend, having difficulty finding the right words, and being aware that your memory may be worsening. On the other hand, dementia symptoms include forgetting entire conversations, forgetting family members’ names, substituting incorrect words in sentences, and being unaware of potential memory problems.

Symptoms of dementia negatively impact a person’s everyday life, impairing their ability to live independently. Whereas in the case of normal aging, although one may have bouts of memory loss, they can still live on their own and perform daily tasks. 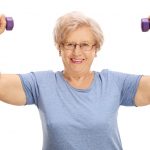 If you are experiencing normal aging, then you can take the necessary steps in order to boost memory. Some effective ways to improve memory include:

Exercising: A new study has found that building muscles in seniors can help improve memory. Lead author Yorgi Mavros said, “What we found in this follow-up study is that the improvement in cognition [mental] function was related to their muscle strength gains. The stronger people became, the greater the benefit for their brain.”

Sleep: A good night’s sleep may improve memory due to brain activity in hippocampus. The research findings revealed that patterns of brain activity that occur during the day are replayed rapidly during sleep. This replay occurs in the hippocampus, where our memories are filed. Sleep replay is important because it strengthens microscopic connections between nerve cells that are active – a critical process for consolidating memories.

Rosemary or peppermint: The findings come from Northumbria University where researchers observed a boost of memory in participants after sniffing peppermint and rosemary. At the same time, lavender was found to impair memory, and chamomile slowed down the speed of memory and attention.

Meditation: A pilot study has found that regular meditation may help seniors with impending memory problems. At the end of the 12-week study period, both groups saw improvements in verbal memory, but the meditation group scored higher on visual-spatial memory. Furthermore, those in the meditation group had reduced symptoms of anxiety and depression.

Stress reduction: The researchers from Ohio State University explored the role of chronic stress on cognitive impairment in mice. The study could potentially lead to treatment options on preserving memory in cases of prolonged stress. The researchers found that mice who were repeatedly exposed to aggressive intruders had a greater difficulty in recalling how to escape a maze, which they previously mastered.

Laugh: The study, presented at San Diego’s Experimental Biology meeting, involved 20 healthy individuals aged 66 to 72. Researchers at Loma Linda University in California had one group of test subjects sit quietly in a room and had the other, which included both people with diabetes and those without, watch a short comedy video.

Immediately after, they tested the patients’ memory and found that those who had watched the funny video performed better on all the measures – memory recall, learning ability, and visual recognition. The researchers found that memory recall and learning ability were up by about 40 percent in the group that watched the funny video, compared to 20 percent for the group that did not watch the video.

Other ways to improve memory include learning something new, completing puzzles, and basically challenging your brain in order to produce new brain cells for holding on to your precious memory.

In dementia, on the other hand, mentally engaging the patient is important, but this may not necessarily improve memory. Even still, it can ease certain behaviors and keep them occupied.

When caring for a dementia patient, it’s important to remain calm and not become upset with the person. Don’t remind the patient that they have said something before, encourage them to record information in a diary or journal, use cues and prompts to try and trigger memory, consider using reminders or sticky notes, don’t overwhelm the person with too much information, make sure you speak clearly and slowly, reduce distractions, and keep questions specific.

Behavior, communication, and personal care changes can make caring for a dementia patient difficult, but it’s important to understand where the patient is coming from and maintain a calm, neutral environment so they feel relaxed and not anxious.

Dementia and falls: Causes and remedies to prevent falls in seniors