Home » Anti-Aging » Memory » Want to improve your memory? Take a whiff of this… 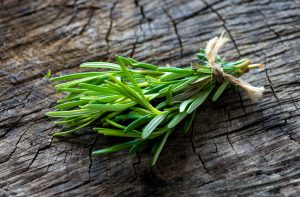 We all have those forgetful moments, but as we age they can become more prominent and frequent. U.S. Memory Care estimates that 5.1 million Americans are living with Alzheimer’s disease, and by the year 2050 nearly 20 percent of the population – 88.5 million – will develop Alzheimer’s disease. The numbers are quite scary, so it’s important to do whatever you can to preserve memory.

Well, research now suggests that you can give your memory a quick boost – up to 15 percent, in fact – with one simple trick.

The findings come from Northumbria University where researchers observed a boost of memory in participants after sniffing peppermint and rosemary. At the same time, lavender was found to impair memory, and chamomile slowed down the speed of memory and attention.

The researchers tested cognition and memory in 108 participants prior to and after drinking peppermint and chamomile tea. A control group drank warm water for comparison.

The researchers found that peppermint enhanced cognition and mood, while chamomile slowed these down.

In an alternative study, 150 participants over the age of 65 were placed in rooms scented either with lavender or rosemary. The control room had no scent at all. The participants had taken tests to assess prospective memory as well as a mood assessment test. Prospective memory is the ability to remember to complete a task at a given moment – for example, taking medication at a specific time.

Dr. Mark Moss explained, “Peppermint has a reputation for being psychologically or mentally alerting. It picks you up and makes you feel a little bit brighter, so we endeavored to test this out by giving people peppermint tea, or chamomile tea, which is a more calming drink, and then put them through some computerized tests. We found that those people who had drunk the peppermint tea had better long-term memory. They were able to remember more words and pictures that they had seen. In contrast, the people who had the chamomile were slower in responding to tasks.”

“Rosemary meanwhile has a reputation about being associated with memory – even Shakespeare said ‘rosemary is for remembrance’ – and it’s also associated with being invigorating. We have found that people are more alert after being in a room that has rosemary aroma in it. We tested prospective memory – our ability to remember to remember to do something – on people over 65 years of age, to see if we could improve their ability, and we found that rosemary could do that. This is potentially very important because prospective memory, for example, enables you to remember to take your medication at certain times of the day.”

The next time you have to remember an important task or date, sniff some rosemary or peppermint to ensure you can recall it later on. You may also wish to scent certain rooms in your home with such scents in order to promote memory throughout the day.