The latest study on Lyme disease suggests that detection tests are proving to give false positive results. This means that some patients might be mistakenly diagnosed when the disease is actually not present. New research has studied the introduction of new tests that have modified microscopy techniques detecting active cases of Lyme disease in just one to two days. The problem with these tests is that the reliability of them has still not been validated to use in patients. In an accompanying editorial commentary, Dr Ram B. Dessau, an expert on infectious diseases and senior consultant at Slagelse Hospital in Denmark, writes, “I hope the study serves as a warning against non-validated microscopic procedures and helps prevent mismanagement of patients with chronic complaints, who are lured to seek improper diagnosis in the future.”  Read further to learn more about the latest news and discoveries on Lyme disease. 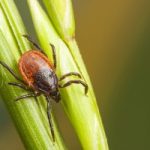 Babesiosis is caused by B. microti parasite, which is transmitted through tick bites. Individuals infected by babesiosis are often asymptomatic, but might display a range of symptoms from flu-like to even life threatening. The parasite can develop resistance to existing therapies and cause relapses after treatment. Continue reading… 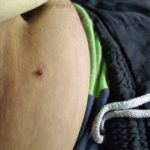 Experts are concerned that if parents of children with autism believe that Lyme disease is the cause they will seek out long-term antibiotic care.

Senior author Armin Alaedini said, “Unless a child has been diagnosed with Lyme disease or another infectious disease, our findings don’t support the idea of putting autistic children on antibiotics.”

Autism is a brain disorder that hinders a child’s ability to communicate or interact socially.

Lyme disease is brought on by bacteria transmitted through a tick bite.

A second test was conducted and none of the children tested positive for Lyme disease. “We did the testing by the CDC-recommended two-tier testing and didn’t find any of the children to be positive. Our sample size is large enough that these findings can rule out a high prevalence of Lyme disease in children with autism spectrum disorder,” explained Alaedini.

Dr. Kenneth Bromberg, chairman of pediatrics and director of the Vaccine Research Center at the Brooklyn Hospital Center, commented, “This study points out the problems with Lyme serology. Sometimes, a single blood test doesn’t do it. And, in any study of Lyme disease, you have to look critically at how they tested. When these researchers did the CDC-recommended testing, they couldn’t find the prevalence of Lyme that others found.”

Bromberg concluded, “Avoiding Lyme has nothing to do with autism, it’s to avoid Lyme. Wear protective clothing and do tick checks when you come indoors.” Continue reading… 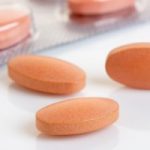 Lyme disease can be stopped by using cholesterol-lowering statins at source: study

The researchers uncovered that statins can reduce the burden of infection in mice – which can be exploited to reduce the number of Lyme disease bacteria transmitted to the feeding ticks. This could be an effective remedy to combat Lyme disease by targeting bacteria at the source.

The study has only been conducted on experimental models, so additional research is required to confirm the findings. Seshu concluded, “First, we want to determine how statins can be used to stop the growth of the pathogen and how we can exploit these findings to our benefit. Our hope is that if we reduce the number of viable organisms in infected reservoir hosts then we can block the transmission to a point that the disease doesn’t affect humans significantly in many areas of the U.S.” Continue reading… 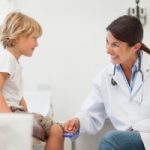 The researchers outlined four characteristics that are predictive of septic arthritis. These characteristics are: knee pain with short range of motion, C-reactive protein of less than 4.0 mg/L, fever, and age group under two years old.

Study author Dr. Wudbhav N. Sankar said, “The probability of septic arthritis with any one factor present was 18 percent, compared to 100 percent will all four factors present. Our study offers a useful prediction algorithm to help distinguish septic arthritis from a knee effusion caused by Lyme disease in children.” Continue reading… 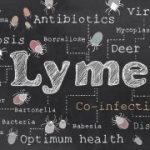 
Lyme disease can be detected early on by a urine test, as suggested by a new study. The findings come from researchers at George Mason University who have developed a urine test to detect Lyme disease early on. It is one of the largest study of its kind, which took three years and involved 300 patients. Co-director Lance Liotta said, “We are looking at a highly specific protein shed from the surface of the bacteria that causes Lyme.”