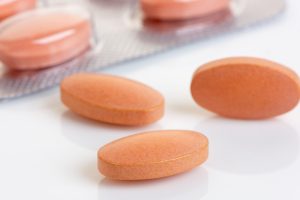 The researchers uncovered that statins can reduce the burden of infection in mice – which can be exploited to reduce the number of Lyme disease bacteria transmitted to the feeding ticks. This could be an effective remedy to combat Lyme disease by targeting bacteria at the source.

The study has only been conducted on experimental models, so additional research is required to confirm the findings. Seshu concluded, “First, we want to determine how statins can be used to stop the growth of the pathogen and how we can exploit these findings to our benefit. Our hope is that if we reduce the number of viable organisms in infected reservoir hosts then we can block the transmission to a point that the disease doesn’t affect humans significantly in many areas of the U.S.”


How can Lyme disease be transmitted?

Although ticks can latch onto any part of the body, they often end up in hard to see places like the groin or armpits. The longer the tick is attached, the greater the risk of contracting Lyme disease. It’s estimated that a tick must be latched on for at least 36 to 48 hours before the bacteria can be transmitted.

Majority of Lyme disease cases are a result of nymphs, which are immature ticks that are tiny – and very difficult to see.

So far, Lyme disease has only be confirmed to be transmitted from a tick bite to a human and cannot be passed on from person to person.

Lyme disease transmitted by ticks reported in nearly half of all U.S. counties