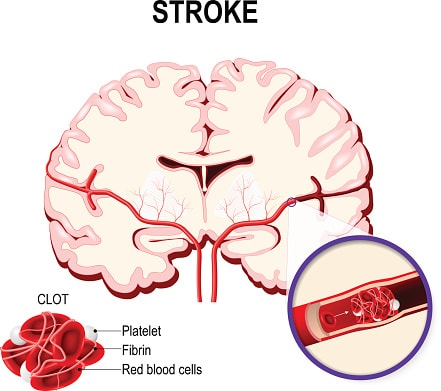 When the blood flow to an area of your brain is inhibited, you experience a stroke. The lack of blood causes your brain cells to starve for oxygen, ultimately resulting in their death. Where a stroke occurs in the brain determines what kind of damage will occur.

The key to surviving a stroke is early detection. This means paying attention to the main symptoms of a stroke. The acronym to follow is FAST, which refers to changes in the Face, Arms, and Speech.

Here we will do a comparative analysis of ischemic stroke and hemorrhagic stroke regarding their causes, symptoms, diagnosis, treatment, and prognosis.

What Are Ischemic and Hemorrhagic Strokes?

The most commonly occurring type of stroke, ischemic strokes happen when a blood clot blocks blood flow to the brain. Approximately 795,000 people in the United States have experienced a new or recurrent stroke, making strokes the leading cause of disability and fifth leading cause of death in America. It is estimated that 82–92 percent of all strokes occurring in the United States are ischemic in origin.

Ischemic stroke occurs due to the blockage of blood supply to the brain. There are several factors and conditions that predispose a person to be at increased risk of developing an ischemic stroke, but all will tend to block blood flow in some way. The following are common causes of ischemic stroke:

The primary cause of a hemorrhagic stroke is a ruptured blood vessel. The most common cause of this is an aneurysm which occurs as a sudden enlargement of a blood vessel causing it to burst. This can occur due to chronically high blood pressure or a weakened blood vessel.

Another cause of hemorrhagic stroke is arteriovenous malformation (AVM), which is when the arteries and veins are connected abnormally without capillaries between them. AVM is present at birth and although it is not hereditary, it is unknown as to why some people are born with his condition and others are not.

Difference between the Symptoms of Ischemic and Hemorrhagic Strokes

If you are experiencing one or a combination of these symptoms, it is important to seek the help of a medical professional right away.

Are There Any Differences in the Diagnostic Methods of Ischemic and Hemorrhagic Strokes?

Ischemic strokes are diagnosed using imaging techniques, such as brain imaging and vascular imaging. An MRI or CT scan may be carried out to review cognitive function, while vascular screening may be used to detect narrow arteries and blood clots. An ECG may also be used to assess whether the patient is showing signs of atrial fibrillation, and an echocardiogram could be used to determine if the stroke was embolic and caused by a cardiac issue.

Hemorrhagic stroke is diagnosed by examining a person’s medical history along with a physical examination. The doctor will look out for the standard stroke-related symptoms. To specifically diagnose a hemorrhagic stroke, the doctor will need to use imaging scans. Lastly, the doctor may also perform an electroencephalogram (EEG) or lumbar puncture (spinal tap) to confirm the diagnosis.

Because ischemic strokes are caused by blood clots, they are treated using a drug that targets and rapidly disintegrates clots called TPA, or thrombolytic therapy. For this treatment to be effective, it must be administered within three hours of the stroke. Unfortunately, only three to five percent of people make it to the hospital in time to start this treatment.

While ischemic strokes can be treated effectively, the success of TPA drugs and treatments rely heavily on the time in which they are administered. This makes knowing and reacting to the symptoms of stroke extremely important, as the moment one occurs, the clock starts ticking and the rate of recovery decreases. Be sure to act swiftly if you or anyone around you start experiencing any of the listed symptoms, as proper diagnosis and timely treatment are imperative for a better rate of recovery.

Proper treatment for a hemorrhagic stroke must be implanted immediately to reduce the risk of complications and death. There are drugs that a doctor can prescribe to reduce blood pressure or slow down bleeding.

Surgical treatment may also be a treatment option but only once the bleeding is under control. This may involve repairing the ruptured blood vessel or removing AVM if that is the cause. Supportive treatment includes an IV, rest, managing preexisting medical problems, and attending speech, physical, or occupational therapy.

According to many extensive studies, the overall mortality rate 30 days after an ischemic stroke was 19 percent, with the one-year survival rate for these patients being approximately 77 percent. However, it is important to note that prognosis after an acute ischemic stroke can vary greatly from patient to patient, having many variable factors such as stroke severity, premorbid conditions, age, and post-stroke complications.

Prognosis for a hemorrhagic stroke is dependent on the severity of the stroke. As mentioned, hemorrhagic stroke has a high death rate, so immediate medical treatment is the key to a positive prognosis. Recovery may take months or even years and doctors will provide patients with a plan to follow when they go back home to ensure they reduce the risk of a future stroke from occurring.