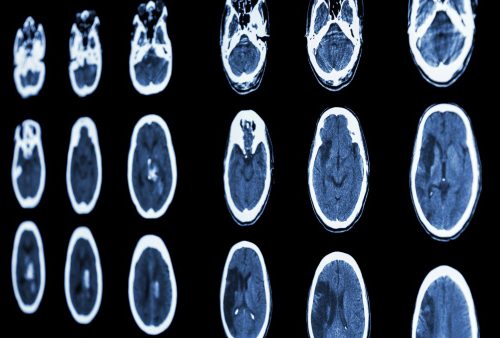 The most commonly occurring type of stroke, ischemic strokes happen when a blood clot blocks blood flow to the brain. Read on to learn the about the different types of ischemic strokes, what causes them, symptoms to look out for, and how they are treated.

What causes an ischemic stroke?

Ischemic stroke occurs due to the blockage of blood supply to the brain. There are several factors and conditions that predispose a person to be at increased risk of developing an ischemic stroke, but all will tend to block blood flow in some way. The following are common causes of ischemic stroke:

Ischemic strokes are most prevalent in adults 60 and older, though they can occur in people of all ages. The risk does increase with age, and is greater if you have hypertension, heart disease, or are a smoker. Also, those who are overweight or lead a mostly sedentary lifestyle are at an increased risk, as well as people who drink excessively.

A variety of complications may arise after you experience an ischemic stroke, including but not limited to:

Blood clots. Those recovering from stroke are at an increased risk of developing blood clots, specifically a deep vein thrombosis or DVT. DVTs form deep within the veins in the legs, and if they break away, can travel up to your lungs and cause a potentially fatal pulmonary embolism. These clots happen most frequently between the second and seventh day after experiencing a stroke.

Difficulty eating and drinking. Brain damage incurred by a stroke can cause difficulty swallowing, which is known as dysphagia. This occurs when the brain has difficulty coordinating the movement of the nerves and muscles in the tongue, and can make eating and drinking problematic for those recovering from a stroke.

Pneumonia. A side effect of dysphagia is aspiration pneumonia, which occurs when a patient inhales saliva or food particles into the lungs. Because eating and drinking can be so difficult after a stroke, recovering patients are more likely to accidentally inhale these particles and cause obstructions in the lungs, leading to aspiration pneumonia.

Urinary tract infection. Urinary tract infections occur in approximately 11 percent of stroke recovery patients in the first three months after a stroke occurs. This is because catheters are often used, as compromised mobility makes it more difficult for patients to get to the bathroom and muscle weakness contributes to poor bladder control. The use of catheters increases the risk of getting a urinary tract infection, and as such, they should only be used when absolutely necessary.

Digestive system bleeding. Those who have suffered a severe stroke and require the use of a ventilator have a higher risk of developing a bleeding ulcer in the stomach, though this risk can be managed with medication to control the amount of acid produced.

Falls. Muscle weakness, paralysis, and lack of coordination are all difficulties commonly experienced by those recovering from a stroke. These conditions can lead to falls that can cause further damage and complications.

Heart attack. Heart problems occur in as many as 70 percent of people recovering from a stroke, including irregular heartbeats and heart attacks. Many of those who experience ischemic strokes also suffer from coronary artery disease, increasing their risk for a cardiac event.

Bed sores. Sections of skin or tissue compressed between a mattress and bone for extended periods can cause irritation and discomfort known as bed sores. The effects of bed sores can be as mild as minor irradiation and redness or as severe as bone-deep ulcers that increase the patient’s risk of infection. Those recovering from stroke are at risk of developing bed sores due to decreased mobility, which prevents them from taking pressure off the irritated areas without the help of someone else.

While it isn’t always easy to tell the difference between an ischemic stroke and a hemorrhagic stroke based solely upon symptoms, it is still important to be aware of the warning signs so you can seek immediate medical attention. Some of the most common symptoms of ischemic stroke are:

If you are experiencing one or a combination of these symptoms, it is important to seek the help of a medical professional right away.

Embolic ischemic strokes occur when a blood clot forms in an artery in another part of the body and travels through the veins until it becomes stuck, restricting blood flow to the brain and resulting in a stroke.

Ischemic strokes are diagnosed through the use of imaging techniques, such as brain imaging and vascular imaging. An MRI or CT scan may be carried out to review cognitive function, while vascular screening may be used to detect narrow arteries and blood clots. An ECG may also be used to assess whether the patient is showing signs of atrial fibrillation, and an echocardiogram could be used to determine if the stroke was embolic and caused by a cardiac issue.

Because ischemic strokes are caused by blood clots, they are treated using a drug that targets and rapidly disintegrates clots called TPA, or thrombolytic therapy. For this treatment to be effective, it must be administered within three hours of the stroke, however recent studies show that it may still aid in the destruction of the clot for up to four and a half hours after the stroke occurs. Unfortunately, only three to five percent of people make it to the hospital in time to start this treatment.

While ischemic strokes can be treated effectively, the success of TPA drugs and treatments rely heavily on the time period in which they are administered. This makes knowing and reacting to the symptoms of stroke extremely important, as the moment one occurs, the clock starts ticking and the rate of recovery decreases. Be sure to act swiftly if you or anyone around you starts experiencing any of the listed symptoms, as proper diagnosis and timely treatment are imperative for a better rate of recovery.

By adhering to the following prevention tips, you can give yourself the best chances of reducing your risk of stroke:

According to many extensive studies, the overall mortality rate at 30 days after an ischemic stroke was 19 percent, with the one-year survival rate for these patients being approximately 77 percent. However, it is important to note that prognosis after an acute ischemic stroke can vary greatly from patient to patient, having many variable factors such as stroke severity, premorbid conditions, age, and post-stroke complications.

Related: Understanding silent stroke, a leading cause of vascular dementia

Stroke survivors can improve their walking recovery with sensory devices