Home » Colon And Digestive » Peptic ulcer symptoms: Tips to recognize the signs of a stomach ulcer 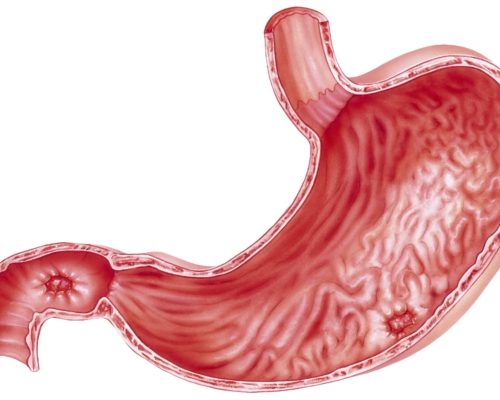 Peptic ulcer (stomach ulcer) is an open sore in the lining of the stomach, lower esophagus, or small intestine, typically resulting from inflammation caused by bacteria or erosion caused by stomach acid.

Signs and symptoms of a peptic ulcer

As mentioned, peptic ulcers are commonly caused by bacteria or erosion due to stomach acid. The most common bacterium that causes peptic ulcers is H. pylori. Other causes of peptic ulcers include frequent use of aspirin, ibuprofen, and other anti-inflammatory medications, as well as smoking, excessive alcohol drinking, radiation therapy, and stomach cancer.

Abdominal pain: This pain may start in the upper middle part of the abdomen, above the belly button and below the breast bone. This abdominal pain can feel like a burning sensation and may precede eating a meal. Abdominal pain as a peptic ulcer symptom can be temporary, lasting only a few minutes or several hours.

Dyspepsia: This refers to the common symptoms experienced with a peptic ulcer. Symptoms include bloating, feeling of fullness, hunger or an empty stomach feeling one to three hours after eating, or belching. Although common, these symptoms may not always occur in a peptic ulcer.

Ulcer pain: This pain can be described as burning, gnawing aching, or stabbing. If ulcer pain radiates to the back or up to the chest area, it can be quite distressing.

Emergency symptoms: Emergency symptoms of a peptic ulcer that should prompt you to seek medical attention immediately include tarry, black or bloody stool, severe vomiting, and severe abdominal pain with or without vomiting or evidence of blood.


Other symptoms of ulcers

Other symptoms of peptic ulcers include nausea, vomiting, loss of appetite, loss of weight unintentionally, and anemia because peptic ulcers can lead to bleeding.

When to see a doctor for peptic ulcers