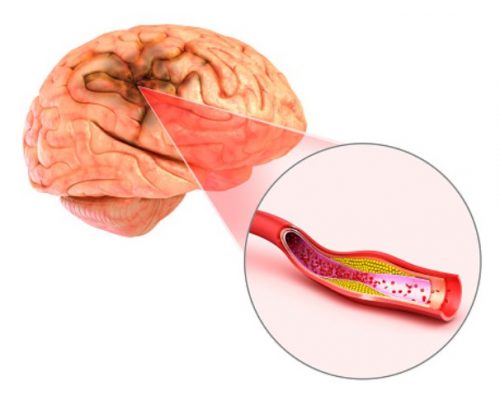 Experiencing a stroke is an emergency. During this time, your brain is being deprived of oxygen-rich blood, causing the death of very important brain cells. The most common form of stroke is an ischemic stroke, which means that a blood vessel is blocked, restricting blood flow. Another form of stroke is a hemorrhagic stroke, which occurs when there is significant bleeding in the brain. Hemorrhagic stroke results in blood leaving the areas it needs to be, leading to brain cell death. A thrombotic stroke refers to an ischemic stroke where the blood supply to the brain gets blocked by a blood clot.

What does thrombotic stroke mean?

Blood clots are a normal part of human functioning, as it stops bleeding when we cut ourselves. However, excessive blood clots in the brain can lead to blockage of the affected blood vessel, causing a thrombotic stroke. When this occurs, the part of the brain dependent of that blood vessel is starved of blood, causing the cells to stop functioning and eventually die.

A major risk factor for thrombosis and thrombotic strokes is a condition called atherosclerosis. Here, blood vessels all over the body, including the brain, narrow due to atherosclerotic plaque deposits. These plaques have the potential to rupture, activating the body’s clotting factors. When this occurs, the factors that normally prevent excessive blood loss fill the rest of the narrowed atherosclerotic blood vessel, leading to complete blockage.

There exists a variant of this same condition called an embolic stroke. This is the blockage of arteries due to a clot that existed elsewhere in the body but has now reached the brain, leading to ischemia—the blockage of oxygenated blood. During a thrombotic event, instead of blocking the vessel, the clot breaks off and becomes a free-floating clot, called an embolus.

Symptoms of all strokes are identical, as the result is always brain cell death. It is only after imaging studies that your doctor can determine what the cause is.

About two-thirds of all strokes are due to thrombotic causes. People with the following risk factors have increased thrombotic stroke risk

What are the different types of thrombotic stroke?

Thrombotic stroke, which is the blockage of arteries in the brain, is also called a cerebral thrombosis. It accounts for almost half of all cases of stroke. Depending on the location of the thrombosis, further classifications are used. Knowing which blood vessels are affected gives medical professionals a better idea of which areas of the brain are most likely affected. What follows are two classifications:

The human brain has a rich and diverse supply of blood vessels that provide the brain with oxygenated blood. This blood system also provides nutrients to brain tissue. Any significant blockage of the vessels supplying the brain will lead to stroke symptoms. The most common reason for blood vessel blockage is due to the narrowing effect that atherosclerosis exhibits.

Atherosclerosis is a condition where cholesterol and other substances form plaque deposits that stick to blood vessel walls. Over time, these blood vessel walls accumulate more and more plaque, causing them to narrow. When blood cells and blood constituents become trapped in this narrow space, they lead to a clot. When this occurs, blood flowing from this artery abruptly stops cutting the supply. This is called a stroke.

There are other causes of clot development, however, like traumatic injury, blood clotting disorders, and the use of certain medications. Having high cholesterol, high blood pressure, diabetes, obesity, smoking, and a family history of strokes all increases your risk.

The human brain is an infinitely complex organ. However, over many centuries of study, we have documented various regions of the brain as responsible for certain actions. For example, the occipital lobe found at the back of our heads is responsible for interpreting visual information from our eyes, so if a stroke were to occur in this area, our sight may become compromised.

Knowing this, the symptoms of a stroke are highly dependent on the location of the infarction. The region of the brain affected will dictate the primary symptoms seen. The following are some of the most common symptoms that can be seen in acute stroke cases:

Strokes are emergency situations and require a quick diagnosis. When going to the emergency room, the attending doctor will immediately request imaging studies to get a look at your brain.

The use of a CT or computer tomography is often the fastest way to locate any bleeding. If no bleeding is seen on the CT scan, it can be assumed that the stroke is due to a blood vessel blockage, termed ischemic stroke. Knowing the difference between these two types of stroke is of vital importance, as it will guide treatment.

For thrombotic strokes, additional imaging may be ordered to get a better idea of how the clot developed. These could include a chest X-ray, doppler ultrasound of the carotid arteries, and an echocardiogram.

Because thrombotic strokes are caused by clots, drugs designed to dissolve these clots are the mainstay of therapy. Clot-busting drugs are often dependent on time, with their use being more effective the sooner the stroke patient arrives to the emergency room.

The use of additional anticoagulation medication can prevent further blood clot development. A common anticoagulant is heparin.

Long-term care once the acute symptoms of stroke have subsided include anticoagulant and anti-platelet medications. Examples include aspirin and clopidogrel (Plavix). There are new anticoagulants that serve to prevent stroke risk. These include apixaban, dabigatran, and rivaroxaban

If the blood supply to the brain is restored quickly enough, it is possible to recover from a stroke with little or no disability. This is often dependent on the speed of stroke symptom recognition and how quickly they reach the hospital for treatment. Prognosis for recovery is less favorable if stroke symptoms are not addressed within the first couple of hours.

Understanding silent stroke, a leading cause of vascular dementia