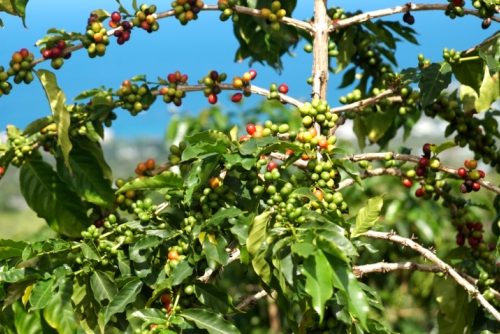 Metabolic syndrome, often linked to health risks such as diabetes, stroke, and heart disease can be treated with green coffee bean extracts, according to a new study.

Metabolic syndrome is a condition where the regular metabolic and biochemical functions of the body are adversely affected. It is often called insulin resistance syndrome, as the body stops responding optimally to insulin—a hormone that helps to metabolize glucose and convert it into energy. When cells develop insulin resistance, this process is either incomplete or does not happen at all. As a result, there is excess glucose in the body, often leading to diabetes.

Since metabolic syndrome causes the metabolism to slow down, people with the condition tend to gain weight. Obesity, a larger waistline, higher triglyceride levels, and lower HDL cholesterol along with high blood pressure are some of the effects of the condition. These increase the risk of heart disease and stroke.

Since metabolic syndrome can lead to life-threatening complications, it is best to treat it as soon as it is discovered. While there it has no ‘cure’ as such, doctors usually recommend lifestyle changes to reduce its impact.
These changes include increasing physical activity through exercise, a change in diet and weight loss.

Doctors also prescribe drugs to prevent the blood pressure from rising too high and reduce the risk of coronary heart disease. Unfortunately, these drugs have several side effects which is why doctors are continually looking for newer treatments.

Coffee beans have two main components—caffeine and chlorogenic acid, which is a biologically active phenol (hydrocarbon). Chlorogenic acid has anti-diabetic properties, as it lowers insulin resistance and helps to control blood glucose levels. It also lowers blood pressure and has anti-obesity and anti-lipidemic properties. The risk of coronary heart disease and stroke is lower if one consumes green coffee bean extracts. Researchers have suggested that it could have a positive impact on metabolic syndrome.


The Effect of Green Coffee Bean Extract on Metabolic Syndrome

Researchers decided to conduct a randomized double-blind, placebo-controlled trial. This means that the participants selected for the study were randomly assigned a group that would either receive the actual treatment or be given a placebo. They were not informed that there would be a placebo involved.

Participants of both groups also followed an energy-based diet with no changes to their salt-intake or physical activity. At the end of the eight weeks, researchers once measured the metabolic parameters that they had measured prior to giving participants the treatment.

The participants of the intervention group had better overall health after taking green coffee bean extracts.
There was a reduction in their:

Researchers further observed that the reduction in weight and BMI of participants in the intervention group was twice as much as that of the placebo group.

Related: Coffee drinking associated with a multitude of health benefits

Coffee and herbal tea may help protect the liver from an unhealthy diet: Study

Why you should be drinking more tea