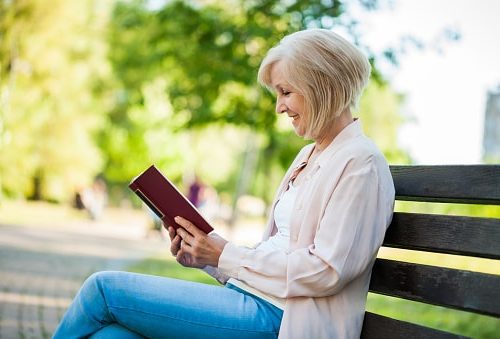 As we age, our bodies stop functioning at the same level they used to. We experience aches and pains where there were none before and may notice a significant decrease in energy and stamina.

The effects of aging can also take a toll on our brain health. For many, this means simply forgetting where we’ve left things or the ages of our grandchildren. What is of more concern is when cognitive decline becomes more than just forgetfulness. With rates of dementia on the rise worldwide, maintaining cognitive function in the later years of life is becoming more challenging.

While it has been shown in previous research that participating in mentally stimulating activities is beneficial for maintaining cognitive function, research has not been specific on this topic. What has been discovered in the past is that elderly people who participate in more cognitive activities are also more likely to live a healthier lifestyle overall and, therefore, have lower rates of dementia.

This has left researchers asking which part of the healthy lifestyle these people lead is the most beneficial for preventing or delaying the onset of dementia. Is it actually the mental activities that are preventing the disease or is it something else?

The study consisted of 15,582 elderly community-living Chinese participants who were free of dementia or signs of cognitive decline at the start of the experiment. The follow-up period for the study was an average of five years. Participants were 65 years or older when the study began.

Using a combination of both questionnaires and examinations with a general practitioner, the researchers gathered information on participants’ leisure activities, overall lifestyle, and demographics.

More Women than Men are Diagnosed with Dementia

At the end of the study, 8.7 percent of the participants had developed dementia. This population was characterized as being older than the average participant and mainly female. These patients had a higher prevalence of comorbidities, including hypertension, diabetes, heart disease, visual and hearing impairments, poor mobility, and depression. The participants who developed dementia also had a lower tendency to adhere to a healthy lifestyle.

The researchers also noted that their results showed that participants who participated in intellectually stimulating activities, but did not adhere to a healthy lifestyle, retained the decreased risk for dementia as those who did follow a healthy lifestyle.

This shows that intellectually stimulating activities are one of the main ways patients can prevent or delay the development of dementia in elderly years. These results should be taken into serious consideration, especially for patients already suffering from physical limitations. Remaining cognitively active is one of the most important methods of lowering risk of dementia later in life.