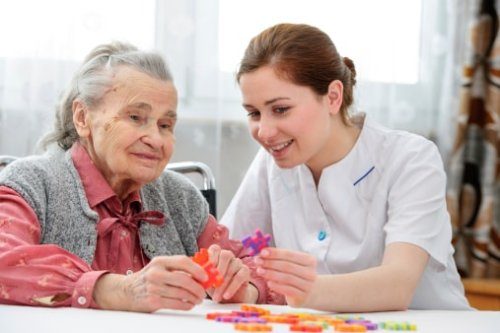 Dementia patients, particularly those living in care homes, experience agitation and other distressing symptoms that are difficult and expensive to treat. This adversely affects their quality of life. Up to 70 percent of those living in care homes in the UK are affected by dementia. This is a major cause of concern and has inspired research to find a cost-effective non-pharmacological therapy for patients with dementia.

Funded by the NHS, the Improving Well-being and Health for People with Dementia (WHELD) program explored social interaction as a therapy for dementia.

The results of the trials were positive.

What was the WHELD program?

The WHELD program was a five-year program that aimed to develop and evaluate effective interventions that could help patients with dementia, particularly those who were in care homes. The interventions focus was on improving mental health and quality of life while reducing the agitation experienced by dementia patients. It also sought to improve the quality of drugs prescribed for dementia.

The program that was initiated in 2013 investigated a person-centered non-drug approach to treatment that involved social interaction. This idea was based on the observation that most dementia patients interacted for only two minutes a day. Clive Ballard, professor at the University of Exeter Medical School, theorized that this lack of interaction has a “knock-on effect” on the quality of life and level of agitation experienced by those suffering from dementia.

The program involved better training for staff who worked in care homes. They were briefed on the new approach and informed about antipsychotic medications. According to Dr. Doug Brown, director of research for the Alzheimer’s Society, training staff to provide the right type of care as well as providing a scope for social interaction and activities was essential to improve the well-being of those suffering from the condition.

Trials were conducted between 2013 and 2015 across 69 care homes in the UK and targetted 800 people suffering from dementia. They were conducted by researchers from King’s College London, University of Exeter, and Oxford Health NHS Foundation Trust. Two ‘care staff champions’ in each care home were trained to take simple steps to help patients with dementia. These included conversing with the residents about their interests and choices and encouraging one hour of social interaction per week.

According to Dr. Jane Fossey from the Oxford Health NHS Foundation Trust, the approach allows caregivers to “know each resident as an individual.” This affects the way they care for the residents. It would not only help improve the lives of dementia patients but also be a rewarding experience for the caregivers’ careers.


Evaluating the outcomes of the program

Researchers developed inventories and indices as tools to assess the success of the program on parameters such as quality of life, agitation levels, mood, quality of interactions, global deterioration, neuropsychiatric symptoms, and antipsychotic use. In addition, they also calculated the costs involved in the interventions.

The findings revealed that the patients showed signs of improvement in their quality of life and behavioral symptoms. Levels of agitation, aggression, and pain were also reduced. Therefore, the overall well-being and health of dementia patients improved.

Based on the success of these trials, researchers now look forward to expanding the program to 28,000 care homes, which would benefit 300,000 people suffering from dementia in the UK.

Also read: 8 factors that increase your risk of dementia