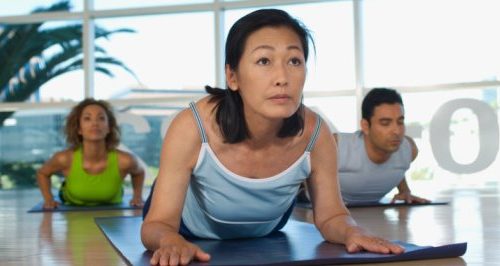 Mild cognitive impairment (MCI), as the name suggests, is a disorder that leads to cognitive decline. It is known to be one of the first symptoms of Alzheimer’s disease or dementia, but that isn’t always the case. It could be the result of some other underlying health issue, accident, stress, or deficiency.

Having said that, it is essential to rule out the possibilities of MCI progressing into Alzheimer’s or dementia and diagnose the exact cause. Some stats show that it is common in people above 65 years of age.

Fortunately, mild cognitive impairment can be controlled depending on the stage, cause, age, and other factors such as early detection. Research shows that exercise goes a long way in repairing and improving cognitive function. The American Academy of Neurology (AAN) recently updated its guidelines, which recommend doctors prescribe exercise to these patients. So, most neurologists may prescribe exercise rather than too much medication to inhibit the progression of MCI into Alzheimer’s, which does not have a cure as of yet.

Ronald Peterson, lead author and director of the Alzheimer’s Disease Research Center, Mayo Clinic, thinks that if exercise has benefits for the heart, the same may be applicable to the brain. Also, there are support groups of psychiatrists and clinical psychologists that conduct cognitive training, mental exercises, and activities for MCI patients. However, more evidence is required to prove if this actually helps manage the symptoms.

Yoga and swimming are recommended

Yoga is said to be helpful for controlling the symptoms of MCI. It is a holistic form of exercise that has a positive effect on the mind, body, and soul. A pilot study carried out by Helen Lavretsky, professor of psychiatry at UCLA, suggests that yoga can be a more effective tool for cognitive enhancement than cognitive training.

Aerobic exercises such as running, swimming, and walking may help boost the memory function along with physical fitness. It is essential that you sweat after the exercise. Eating right is just as important. Normally, about 150 minutes of exercise a week is recommended.

MCI that occurs due to trauma or accidents resulting in head injuries could very well be temporary and curable. This, however, depends on the overall condition of the patient, their age, and other underlying factors.

The major issue is that these early symptoms of dementia could be tricky to identify and conclude. For instance,  if one is stressed, it is possible to feel disoriented or forget your phone, glasses, or keys. But the same symptoms are seen in dementia patients. Initially, they tend to forget basic day-to-day things or chores. They do not remember addresses and the roads they have traveled on for years. Identifying the symptoms before they get worse is a daunting task, and the progression from this stage could lead to hampered attention span, speech and language skill.

Unfortunately, most people shrug forgetful off as an aging symptom and realize it only when MCI progresses to the next level. This is why treatment and control becomes harder. Eventually, it will affect your quality of life and increase your dependency on others.

So, avoid shrugging it off as a geriatric issue and get some MCI tests done from your doctor. This will also rule out the other underlying reasons for MCI such as thyroid, vitamin B12 deficiency, blood pressure, and more. These issues can be definitely treated with the right medication and lifestyle changes, after which your MCI symptoms may subside. Also, even if the doctor concludes the MCI to be progressive, a lot of damage control is possible with early detection. As of now, Alzheimer’s is still being researched and there is no definitive cure, but with the help of some medication, exercise, diet, and support groups, the progression of this disease can be delayed.