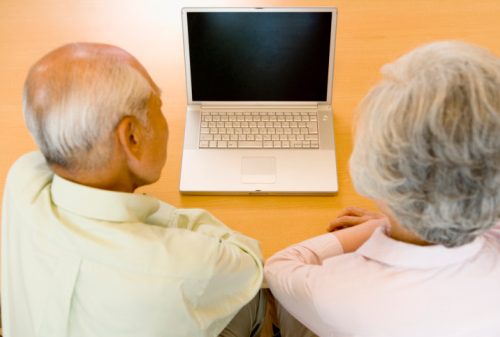 New research from the Mayo Clinic has found that participating in mentally stimulating activities can help protect against the onset of mild cognitive impairment. The study, published in JAMA Neurology, showed that adults aged 70 and older who were cognitively normal decreased their risk of developing mild cognitive impairment—the step between normal cognitive aging and dementia—when they participated social activities, craft activities, and used the computer.

To find these results, the research team led by Dr. Yonas Geda observed 1,929 cognitively normal volunteers for approximately four years, tracking their average use of mentally engaging activities like crafts, social activities, and computer use. After correcting for sex, age, and level of education, the results showed that the risk of new-onset mild cognitive impairment was reduced by 30 percent in participants who used computers, 28 percent in those who participated in craft activities, 23 percent in volunteers who engaged in social activities, and 22 percent in those who played games.

Dr. Geda commented on the results, stating “Our team found that persons who performed these activities at least one to two times per week had less cognitive decline than those who engaged in the same activities only two to three times per month or less.” These findings show that the protective effect of engaging in these activities increased with the frequency of use.
At the beginning of the study, all participants underwent a neurocognitive assessment to determine whether they were cognitively normal. This assessment was repeated approximately every 15 months, and a consensus panel at the Alzheimer Disease Research Center at Mayo Clinic determined whether the participant was still at normal cognition or whether they had developed mild cognitive impairment. The benefits of participating in mentally stimulating activities were even seen in those who were carriers for apolipoprotein E, a genetic risk factor linked to mild cognitive impairment and Alzheimer’s dementia, though the greatest effect was associated with computer use and social activities.

This research shows that forming simple habits that engage your mind, such as using the computer, completing crafts, or participating in social activities a few times a week may slow the process of cognitive aging, even for older adults.