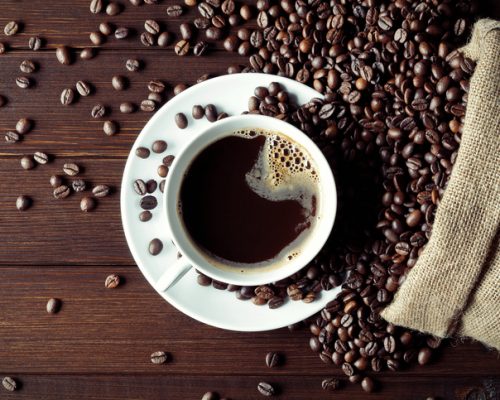 Caffeine consumption may lower the risk of dementia in older women by 36 percent, according to research findings. Study lead author Ira Driscoll said, “The mounting evidence of caffeine consumption as a potentially protective factor against cognitive impairment is exciting, given that caffeine is also an easily modifiable dietary factor with very few contraindications. What is unique about this study is that we had an unprecedented opportunity to examine the relationships between caffeine intake and dementia incidence in a large and well-defined, prospectively-studied cohort of women.”

The researchers analyzed data from 6,467 community-dwelling, postmenopausal women who reported some level of caffeine consumption. Caffeine consumption was measured by asking questions about the frequency of drinking coffee, tea, and soda and serving size.

During the follow-up in 10 years or less, the participants underwent annual cognitive assessments, with 388 women receiving a diagnosis of probable dementia or some form of cognitive impairment.


Caffeine may enhance certain memories at least up to 24 hours after it is consumed: Study

An alternative study found that caffeine may enhance certain memories at least up to 24 hours after it is consumed. Senior author of the study Michael Yassa said, “We’ve always known that caffeine has cognitive-enhancing effects, but its particular effects on strengthening memories and making them resistant to forgetting has never been examined in detail in humans. We report for the first time a specific effect of caffeine on reducing forgetting over 24 hours.”

The researchers conducted a double-blind trial where participants either didn’t regularly consume caffeine products but received a placebo or received a 200 mg tablet of caffeine after studying a series of images.

Salivary samples were taken to measure caffeine levels one, three, and 24 hours later.

Yassa added, “If we used a standard recognition memory task without these tricky similar items, we would have found no effect of caffeine. However, using these items requires the brain to make a more difficult discrimination—what we call pattern separation, which seems to be the process that is enhanced by caffeine in our case.”

“Almost all prior studies administered caffeine before the study session, so if there is an enhancement, it’s not clear if it’s due to caffeine’s effects on attention, vigilance, focus, or other factors. By administering caffeine after the experiment, we rule out all of these effects and make sure that if there is an enhancement, it’s due to memory and nothing else,” Yassa continued.