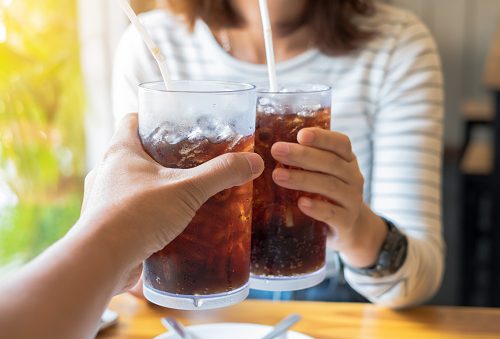 There’s no denying the fact that as we age, our memory becomes a bit faulty. This decline in memory for some can be minor, while others can progress from mild cognitive impairment to full-on dementia or Alzheimer’s disease.

Although age is a large contributing factor to memory loss, your favorite beverage could be too.

If you’re a soda drinker, you may want to switch to water, as new findings suggest that sugary beverages like soda can result in poor memory.

The research findings, published in Alzheimer’s & Dementia and Stroke, found that the consumption of sugary beverages like soda and even fruit juices was associated with poorer memory. More so, diet soda drinkers had three times higher risk of stroke and dementia compared to non-diet soda drinkers.

Corresponding author Matthew Pase explained, “Our findings indicate an association between higher sugary beverage intake and brain atrophy, including lower brain volume and poorer memory. We also found that people drinking diet soda daily were almost three times as likely to develop stroke and dementia. This included a higher risk of ischemic stroke, where blood vessels in the brain become obstructed and Alzheimer’s disease dementia, the most common form of dementia.”

There are several studies that point to the negative effects of soda consumption. Here are some of those health consequences that can arise as a result.

If you are a big soda drinker, then these side effects should give you enough of a push to cut back on your consumption and make the switch to drinking more water.