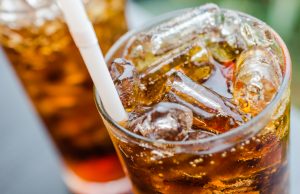 Kidney stone risk is higher with sugar-sweetened soda, punch, and other beverages. Roughly 20 percent of males and 10 percent of females will develop kidney stones in their lifetime. Drinking fluids is an effective way to prevent kidney stones, but research has found some beverages may actually cause more harm than good when it comes to kidney stone prevention.

Senior author of the study Gary Curhan said, “Our study found that the relation between fluid intake and kidney stones may be dependent on the type of beverage consumed. We found that higher consumption of sugar-sweetened drinks was associated with a higher incidence of kidney stones.”

Based on responses, the researchers found those participants who consumed sugary beverages like soda at least once a day had a 23 percent higher risk of developing kidney stones, compared to those who consumed them less than once a day. Coffee, orange juice, and tea were associated with a lower risk of kidney stones.

As mentioned, when it comes to preventing kidney stones, staying hydrated is your first line of defense. But as this study reveals, some beverages work better than others. Here are some examples of the best and worst beverages for kidney stone prevention.

It is recommended that you steer clear or greatly reduce your consumption of the harmful beverages above, not only to prevent kidney stones, but also to avoid negative impact on your overall health.