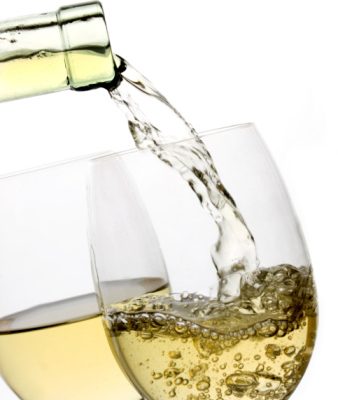 In the last decade, the effects of wine on good health have been highlighted in both scientific and informal platforms, resulting in the boost in its production and sales. Unfortunately, most of the hype in relation to good health and diet has focused on red wine and thus, white wine has not been given equally positive reception. Wine is generally prepared from crushed grapes, with its final color based on the grape variety used and the preparation involved. However, all grape wines are derived from fermented juices extracted from these berries and contain low levels of calories.

In order to better appreciate the benefits of good health using white wine, Dr. Agostini and his research team examined the components of approximately five grape varieties, all of which are commonly used in the preparation of wine. Their research group employed grape seeds in their analysis, in the hope that these may also represent corollary values in the grape berries produced by each plant. Using biotechnological-grade extraction of fluid from these seeds, these scientists were able to infer whether a certain grape variety has a higher possibility in generating good health as compared to others. In addition, the study also aimed to determine whether there were differences in calories among the grape varieties, together with its direct or indirect effects to the daily diet.

The results of their research, which were published in The Scientific World Journal, showed that white wine is also a good health drink as part of a regular diet because it also contains most of the components that have been identified in red wine. Similarly, the amount of calories from each grape variety is the same. However, there are certain components that are actually at much higher levels in white wine and thus, making this specific wine variety beneficial when included in the regular diet. Using comparative analysis of specific macromolecules that play a role in good health, Dr. Agostini’s group showed that white wine possessed a higher amount of alpha-tocopherol, or more commonly known as vitamin E, as compared to various types of red wine. It is important to understand that vitamin E is generally derived from a diet containing fruits and nuts, although their levels may be lower than that observed in white wine. It is also possible to receive sufficient amounts of vitamin E from a diet if it significantly contains large amounts of nuts. Vitamin E has been reported to play an essential role in good health.

The findings of the study have shown that including white wine in the regular diet may possibly help promote good health, so take a few moments to enjoy that glass of white with your meal, as well.