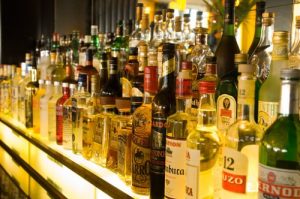 Alcoholism is an ever growing problem faced by societies throughout the world. About 86 percent of Americans over the age of 18 reported drinking at some point in their lifetime.

Alcohol Awareness Month, held on April of every year, aims at increasing awareness about its causes, treatment, and recovery. This year the theme is “Changing Attitudes: It’s not a ‘rite of passage.’”

We at Bel Marra Health have compiled a selection of articles to support the cause and help you, our reader, stay informed to help yourself or your loved ones.

If you’ve ever wondered how long alcohol stays in your system, look no further. The simple answer to this question is, though, it mainly depends on how much you drink. At some point, any alcohol that is not metabolized is held up in the blood and tissues. If this is a frequent occurrence, the tissues of the brain and body get damaged over time.

As soon as you have a drink, your body absorbs alcohol. Because it slows down the central nervous system, practically all of your body functions are affected. Unlike with other foods and beverages, your body doesn’t need to break down alcohol for digestion.

Once alcohol enters the stomach, about 20 percent of it moves directly to the small blood vessels that are carrying water and nutrients throughout the body. The remaining alcohol moves to the small intestine, where it enters other blood vessels and continues to travel through the body. Continue reading… 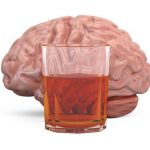 Alcohol and memory loss are very closely related to one another. People who consume excessive amounts of alcohol on a regular basis are more likely than those who only drink moderately to develop early-onset dementia and other cognitive dysfunctions as they get older.

A French study conducted earlier this year showed a strong correlation between people who regularly consume more than the standard amount of alcohol daily (approximately for to five drinks for men and three drinks for women) and the increased risk of permanent brain damage. Continued excessive alcohol consumption can also shave off more than 20 years of a person’s natural lifespan. Continue reading… 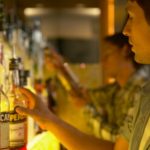 What is the life expectancy of someone with alcoholic cardiomyopathy? Causes, symptoms, diagnosis, and treatment

Research shows that alcohol is the most frequently consumed toxic substance, but when it is abused, it can cause a host of health problems, including alcoholic cardiomyopathy.

Just what is alcoholic cardiomyopathy? Well, it is a form of heart disease that occurs due to long-term alcohol abuse. Doctors have known for a long time that abusing alcohol for a long period of time can weaken and thin the heart muscles, which can impact the heart’s ability to pump blood. This inefficient pumping of blood can impact all your body’s vital functions and lead to life-threatening heart issues.

Alcoholic cardiomyopathy is common in men between the ages of 35 and 50; however, make no mistake, it can also affect women. People who suffer from alcoholic cardiomyopathy usually have a long-term history of heavy drinking. When it comes to alcohol consumption, long-term is defined as five to 15 years. Heavy drinking of alcohol is consumption that is above the recommended daily limits. For men, that means more than four drinks a day or 14 drinks per week. For women, it means more than three drinks a day or more than seven drinks per week. Continue reading… 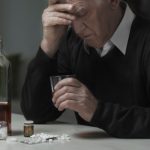 It is often advised to avoid alcohol consumption if you have kidney disease as it can result in kidney pain, among other complications. Furthermore, consuming over four alcoholic beverages can worsen kidney disease.

The CDC estimates at least two out of three Americans consume alcohol, and some drinkers consume over five drinks at a time. Twenty-five percent of drinkers have admitted they have consumed over five beverages in one occasion at least once in the past year. This is known as binge drinking and it is associated with severe kidney problems.

Even drinking regularly too much too often can damage the kidneys. Regular heavy drinking is associated with double the risk of kidney disease. The risk is even greater among those who drink and smoke. Continue reading… 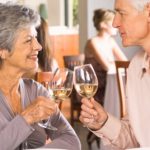 Drinking too much alcohol is often associated with liver problems, but did you know alcohol can have detrimental effects on your hearing too? Believe it or not, your daily cocktail is not only changing your liver and blood pressure, it’s negatively affecting your brain and ears as well.

First and foremost, excessive drinking impacts the brain by damaging the auditory cortex within. The auditory cortex is responsible for processing sound. It takes the sounds we hear and translates it so we can understand what we just heard. So, even if the ears are working by sending the sound signals to the brain, the brain can have difficulties processing these signals. Continue reading…