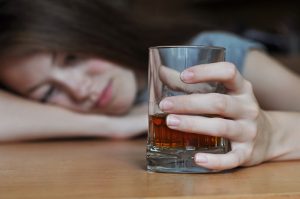 It has been debated whether too much alcohol kills brain cells or not. Some would say that it only leads to inebriation, while others say it causes reversible effects on the brain. However, a new study from The University of Texas Medical Branch at Galveston has recently found that alcohol does kill brain stem cells in adult mice.

These brain stem cells, found in key regions of the brain, can create new nerve cells and are important for maintaining normal cognitive function.

In addition to this, the study shows for the first time that drinking too much alcohol can cause changes that differ between males and females.

“The discovery that the adult brain produces stem cells that create new nerve cells provides a new way of approaching the problem of alcohol-related changes in the brain. However, before the new approaches can be developed, we need to understand how alcohol impacts the brain stem cells at different stages in their growth, in different brain regions and in the brains of both males and females,” said Dr. Ping Wu, UTMB professor in the department of neuroscience and cell biology.

The broad reach of alcoholism

Alcoholism or chronic alcohol abuse is estimated to affect 14 million Americans today. Over three million American teenagers aged 14 to 17 are reported to have an alcohol problem. Compared to those who started drinking at age 21, people who begin drinking before the age of 15 are four times more likely to develop alcohol dependence.

The study in question used a cutting-edge technique that allowed researchers to tag brain stem cells and observe them over time, all while studying the impact that chronic alcohol consumption had on them. They found that this killed most brain stem cells and reduced the production and development of new nerve cells.


Female mice, in particular, showed more deficits when compared to their male counterparts. Additionally, females also displayed more severe intoxication behaviors and had a more reduced pool of brain stem cells in the sub-ventricular zone of the brain.

The current guidelines as outlined by the U.S. Dietary Guidelines for Americans recommends consuming alcohol in moderation. This means up to one drink per day for women and up to two drinks per day for men, owing to their generally larger body size over women.

Examples of one drink include:

Diabetes risk may be lowered with moderate alcohol consumption: Study