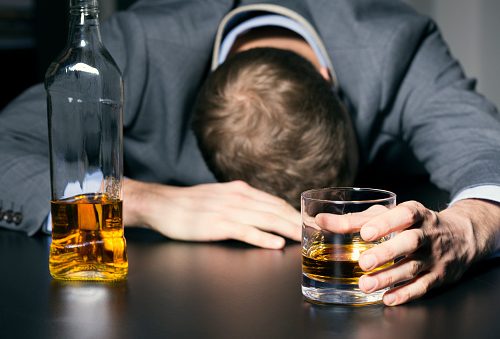 The consumption of alcohol has been a part of human history for thousands of years. And its presence is often welcome during times of celebration and joyous occasions. Despite being a beverage to be enjoyed only in moderation, there are people who drink alcohol in excess, known as alcoholics.

Many people view alcohol abuse as a conscious problem, thinking it’s only a matter of will power to stop the habit. However, it may not be this simple, as a new study suggests that alcohol changes brain mechanism with the aid of a protein that structurally alters its “reward centers.”

“There is – rightfully – a lot of media attention right now on opiate abuse and addiction. But alcohol abuse and addiction are much bigger problems, and the human cost is staggering: 3.3 million people die every year in the world from alcohol abuse. Unfortunately, there are only a few medications on the market to reduce craving and relapse, and none of them work very well,” said Dorit Ron, Professor and Endowed Chair in Cell Biology of Addiction at the University of California San Francisco’s Department of Neurology, and the new study’s senior author.

The mechanism of alcohol addiction

Alcoholism is when a person has become dependent on the toxifying effects of ethanol—the active ingredient in all alcoholic beverages. Despite its negative consequences impacting a person’s health and social relationships, those dependent on alcohol continue to drink.

Even though alcohol has been around for millennia, scientists are still unsure how the tiny molecules of ethanol can alter brain function to make people addicted to it, despite not having a specific site of action. This is in stark contrast to other addictive substances that work on the brain.
Studies using mouse models have identified a protein involved in the addiction of many drugs including cocaine, morphine, and alcohol. It goes by the name of mTORC1. Previous research has linked this protein to the brain reward system called the nucleus accumbums with increased mTORC1 activity associated with alcohol-seeking behavior.
Increased activity in this part of the brain suggests that mTORC1 may possibly result in structural changes in the brain to reinforce a positive association with alcohol.

Understanding how it works is half the battle

After learning about the existence of mTORC1, the researchers have successfully blocked its actions via a common immunity-suppressing drug called rapamycin. Use of this drug helped to significantly cut down the drinking in mouse models without impacting their reward center activity for other things they enjoyed, such as sugar water.

However, rapamycin is known to have significant side effects and is considered unsuitable for the treatment of alcohol abuse in humans. This led the team to investigate mTORC1 further to better understand its role in alcohol addiction.

A new study was devised to find other proteins linked to mTORC1 activity in mouse brains when drinking alcohol. A total of 12 other proteins were discovered using a technique called RNAseq.

A protein of note called prosapip1 was found to change the structure and activity of neurons in the nucleus accumbens after mice had been drinking alcohol for a long time. When the researchers genetically blocked the production of this protein, alcohol-dependent changes were significantly reduced. They also found that the mice even had a reduced preference for alcohol.

“We have identified a new protein that plays a crucial role in changing the landscape of neurons in the nucleus accumbens, which then leads to escalation of problem drinking. These findings open up research into the protein’s role in neural plasticity, and also into how alcohol and other drugs of abuse alter our brains,” said Ron.

Related: Why it’s important to control your alcohol intake

Alcohol can help you remember things you have already learned

Diabetes risk may be lowered with moderate alcohol consumption: Study