Home » Heart Health » What is the life expectancy of someone with alcoholic cardiomyopathy? Causes, symptoms, diagnosis, and treatment 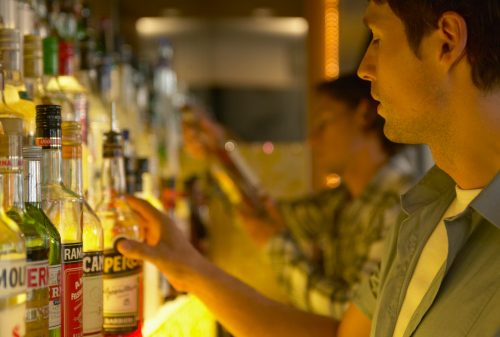 Research shows that alcohol is the most frequently consumed toxic substance, but when it is abused, it can cause a host of health problems, including alcoholic cardiomyopathy.

Just what is alcoholic cardiomyopathy? Well, it is a form of heart disease that occurs due to long-term alcohol abuse. Doctors have known for a long time that abusing alcohol for a long period of time can weaken and thin the heart muscles, which can impact the heart’s ability to pump blood. This inefficient pumping of blood can impact all your body’s vital functions and lead to life-threatening heart issues.

Alcoholic cardiomyopathy is common in men between the ages of 35 and 50; however, make no mistake, it can also affect women. People who suffer from alcoholic cardiomyopathy usually have a long-term history of heavy drinking. When it comes to alcohol consumption, long-term is defined as five to 15 years. Heavy drinking of alcohol is consumption that is above the recommended daily limits. For men, that means more than four drinks a day or 14 drinks per week. For women, it means more than three drinks a day or more than seven drinks per week.

How does alcohol affect cardiac muscles?

There doesn’t seem to be any evidence to suggest that one specific type of alcohol over another can lead to alcoholic cardiomyopathy symptoms. Additionally, we can’t say for certain what mechanism cause cardiac damage. There have been many theories developed. Many years ago, medical scientists explored the idea that nutritional deficiencies, secondary exposures such as tobacco, and other health issues including hypertension were involved, but now it is thought that these factors play a role in only a select few cases.

Today, the evidence seems to suggest that the effect is a direct result of ethanol or its metabolites, which are formed during metabolism. Some studies have also indicated that some people may be genetically vulnerable to the myocardial impacts of consuming alcohol. Certain individuals with DNA or gene mutations may be more prone to the damaging impacts of alcohol; however, it is not known exactly how these genetic factors create a higher risk.

What are the causes and symptoms of alcoholic cardiomyopathy?

Let’s get back to the basics of what causes alcoholic cardiomyopathy. Alcohol consumed once in a while is typically harmless if you are generally a healthy person. However, the reality is that it is a toxin that can have an impact on organs, including the heart. When alcohol is consumed in large amounts, over time, it damages the heart muscle. When the heart can’t pump enough blood, it starts to expand to hold the extra blood. The heart then becomes thin and enlarged. At some point, the heart muscle and blood vessels could stop working due to this type of strain.

While alcoholic cardiomyopathy causes are linked to alcohol abuse, research continues in an effort to determine why some people appear to be more susceptible to the negative impacts of excessive drinking.

How to diagnose alcoholic cardiomyopathy

Cardiomyopathy and alcohol consumption have nothing to do with casual or moderate drinking. There have been some studies that indicate some alcohol can be good for our health. Again, it is heavy or binge drinking that is associated with alcoholic cardiomyopathy.

To determine if a person has alcoholic cardiomyopathy, a doctor will normally begin an examination by checking pulse and blood pressure, along with discussing the patient’s medical history. A close visual check of the patient’s skin can be important. Telangiectasia is tiny blood vessels that look like threadlike red lines on the skin that often form in clusters. Spider angioma is red spots that radiate outwards like a spider. They are often found on the cheeks or right under the eyes.

The doctor will also listen to the heart and lungs to determine if there are any unusual sounds. Abnormal sounds and a simple physical exam can help uncover the following:

The doctor may also order an x-ray, which can show signs of congestion or an echocardiogram and can reveal dilation of the chamber of the heart. People who suffer from alcoholic cardiomyopathy may also have an enlarged liver, so liver tests might also be conducted.

When undergoing an exam, it is important to be open and honest with your healthcare team. Being upfront about how much you drink and how often your drink can be crucial to the diagnosis.

How to treat alcoholic cardiomyopathy

There is no quick cure. Alcoholic cardiomyopathy treatment focuses on controlling the symptoms as well as preventing them from becoming worse. The first obvious step in terms of treatment is to stop drinking. Now, this can be easier said than done, but doctors can help patients avoid alcohol withdrawal symptoms. Other lifestyle adjustments will also be recommended.

Here’s a look at some of the treatment options:

Treatments need to be monitored and adjusted depending on the symptoms and progression of the disease. In many cases, patients are advised to monitor their blood pressure, pulse rate, and blood sugar levels on a daily basis. Any drastic changes should be reported to the doctor immediately.

Alcoholic cardiomyopathy prognosis depends on how much alcohol has been consumed and how long the person has been abusing alcohol. These factors usually determine just how damaged the heart becomes. If there is severe damage to the heart, then the chances of complete recovery are low. When alcoholic cardiomyopathy is caught early and the damage is not severe, it can be treated. In some situations, it can even be reversed.

Research shows that the prognosis for people with low or moderate consumption should be no different than those who do not drink alcohol at all. There are some diabetes and stroke prevention cures that indicate some benefits to social consumption. However, chronic alcohol abuse can lead to severe heart failure and that is why the prognosis in these individuals is poor.

People often ask about alcoholic cardiomyopathy life expectancy. The hard truth is that if someone wants to stop the progression of the disease, they have to stop drinking. When the disease is diagnosed too late (later stages), the damage is often severe and the heart damage can’t be repaired. In these cases, the outlook is not good.

Sadly, a large number of cases are diagnosed when the condition is severe. Keep in mind that with proper medications and lifestyle adjustments, which includes no alcohol, symptoms can be somewhat controlled. Most doctors encourage widespread education when it comes to alcohol consumption. The belief is that educating the public before they succumb to alcohol abuse is the best preventative measure.

How to treat ischemic cardiomyopathy? Causes, symptoms, and prognosis

Triglyceride levels and the impact of alcohol