Home » General Health » Bladder » How long does alcohol stay in your system? 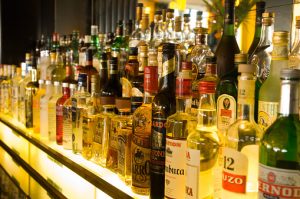 If you’ve ever wondered how long alcohol stays in your system, look no further. The simple answer to this question is, though, it mainly depends on how much you drink. At some point, any alcohol that is not metabolized is held up in the blood and tissues. If this is a frequent occurrence, the tissues of the brain and body get damaged over time.

As soon as you have a drink, your body absorbs alcohol. Because it slows down the central nervous system, practically all of your body functions are affected. Unlike with other foods and beverages, your body doesn’t need to break down alcohol for digestion.

Once alcohol enters the stomach, about 20 percent of it moves directly to the small blood vessels that are carrying water and nutrients throughout the body. The remaining alcohol moves to the small intestine, where it enters other blood vessels and continues to travel through the body.

The rate at which alcohol enters the body determines the rate of intoxication. A slower rate means it will take longer to get intoxicated.

You can slow down the absorption rate by pairing food with alcohol. Sipping slowly is also a more preferable way of consuming alcohol, rather than gulping or chugging it all at once. Try sticking to one alcoholic beverage per hour. Alternating between water and alcohol is another way of reducing the rate of absorption (plus, it keeps you hydrated).

How long does alcohol stay in your urine?

Alcohol typically stays in the body for up to 24 hours after consumption, but specialized tests may be able to detect traces of alcohol even past that timeframe. For example, the EtG Urine Alcohol Test can detect urine in the body up to 80 hours after drinking. EtG stands for Ethyl Glucuronide, a biomarker that can determine if alcohol has been metabolized in the body recently. It can confirm the presence of alcohol in the urine for as long as three to four days after initial consumption, and is a useful tool for monitoring the consumption of those under a “zero tolerance” order from the justice system, or are currently in a rehabilitation program that requires abstinence from alcohol.

Blood alcohol concentration (BAC) is the percentage of pure alcohol in one’s bloodstream. For example, if a person’s BAC is 0.10, then one percent of their blood is alcohol. Here is the BAC scale:

The liver is responsible for metabolizing alcohol at a rate of one ounce of alcohol per hour. Once the BAC level raises from 0.05 to 0.55, the scale of alcohol’s negative effects starts to expand. Feelings of happiness and calmness turn into depression, irritability, and disorientation. These changes represent the bi-phasic effect of alcohol on the body (meaning, there are two phases). The damage to the brain and body takes place during the second phase.

Although studies have pointed to some health benefits of alcohol, moderating your intake is crucial. Aside from the fact that a hangover is an unpleasant experience, repetitive alcohol abuse damages the body’s tissues and cells, setting you up for adverse health effects later on. Your liver is most susceptible to the effects of alcohol because it is responsible for metabolizing it. Curb your intake and use the tips above to enjoy your alcohol safely and responsibly.

Factors that influence alcohol detection in blood or urine

The length of time that alcohol stays in your system and is detectable through blood or urine tests can vary based on certain factors. These factors include:

Total Consumption: A basic principle of drinking is the more alcohol you consume, the longer your body will take to process it and the longer it will remain in your system.

Rate of Consumption: The speed with which you consume alcohol can also affect how long it stays in your system. For example, someone who consumes five beers in 30 minutes has a higher rate of consumption than someone who drinks five beers in five hours, and their body will have a harder time clearing the alcohol from their system.

Potency of Alcohol + Carbonation: A more potent alcohol will take longer for your body to metabolize and clear from your system. For example, one beer is usually between three and six percent alcohol by volume, and your body will process this quicker than one shot of vodka, which is typically 40 percent alcohol by volume. Also, carbonated beverages are often absorbed faster than non-carbonated ones and can cause you to feel drunk faster.

Individual Factors: Other factors such as age, sex, genetics, and food intake can also affect how long alcohol stays in your system. As you age, your body has a harder time metabolizing alcohol, meaning it stays in the system longer. Women are also more likely to have a harder time metabolizing alcohol than men, as on average, they have more fat and less water in their bodies than their male counterparts. Genetics can also play a significant role in how efficiently your body metabolizes alcohol.

Testing for alcohol in your system can be done using a variety of tests. The most common tests include:

Blood tests: A sample of approximately four millimeters of blood is drawn and tested to determine a person’s blood alcohol content. Alcohol can remain present in an individual’s blood for up to 12 hours after their last drink.

Breathalyzer tests: Breathalyzer tests are often used by law enforcement to quickly and non-invasively check the blood alcohol content of drivers they suspect may be under the influence. Breathalyzers can detect alcohol in your system for up to 24 hours after your last drink.

Urine tests: Urine testing can be problematic when administered 12 hours after an individual’s last drink, however, they are considered to be accurate and reliable in evaluating a person’s blood alcohol level so long as they are administered within the 12-hour window. They can also detect the presence of alcohol in your system for up to five days after your last drink.

Hair tests: Hair testing cannot determine a person’s blood alcohol content, though it can reveal if the individual has been drinking within the last 90 days.

Saliva tests: A sample of saliva is collected from the inner cheek with a swab and can be tested in approximately two to five minutes to reveal whether the individual has had a drink in the past 24 hours. They can also be used to determine blood alcohol content.

To keep a low blood alcohol content rate and drink safely, some tips are:

Avoiding binge drinking: Drinking excessive amounts of alcohol in a shorter period of time with the intention of getting drunk is known as binge drinking. Those who binge drink have higher BACs and it takes longer for their bodies to metabolize the alcohol.

Choose low alcohol-by-volume drinks: Swapping out a mixed drink made with a high percent alcohol like vodka or gin for a lower percentage alternative like a light beer can minimize your BAC rate.

Eat: Eating a protein rich meal before you drink or while you are drinking can slow the processing of alcohol, letting you hit your peak BAC between 30 minutes to two hours so that it lowers throughout the rest of the night.

Non-alcoholic beverages: Every drink you consume when you are out does not need to be an alcoholic one. Make every other drink a non-alcoholic one to give your body time to metabolize the alcohol and keep your BAC lower.

Know your limits: Personal factors such as weight, height, sex, age, and genetics can affect your tolerance for alcohol and cause your BAC to differ from your peers. Be aware of your limitations and stay within them to safely enjoy your night.

Stay in shape: Those with less fat and more muscle have an easier time processing alcohol, as it does not get stored in in fat. Also, those who are active and workout have higher metabolisms, allowing their bodies to get the alcohol out of their systems faster.

Related: Urine specific gravity test: How well your kidneys are diluting your urine