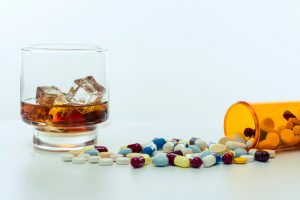 The researchers looked at damage of the left ventricle of the heart as a possible pathway between alcohol and atrial fibrillation. Atrial fibrillation is a well-known risk factor for stroke. It is characterized by an irregular heart rhythm, which can contribute to blood clotting.

The researchers evaluated data from 5,000 participants, looking at electrocardiograms, medical history, and self-reported alcohol intake. Majority of the participants reported on average one alcoholic beverage a day. Rate of atrial fibrillation was 8.4 cases per 1,000 persons per year, meaning eight of 100 persons were at risk for atrial fibrillation.

Every additional drink was associated with a five percent yearly increase in risk.

Although the findings showed that moderate alcoholic consumption was associated with an overall reduction of the heart attack risk, it was also associated with a higher risk of atrial fibrillation.

Marcus added, “I’m constantly trying to remind people that there are various forms of heart disease and not all are related to heart attack. Atrial fibrillation is growing in importance as our success in preventing heart attack grows.”

Even if you don’t drink regularly, but partake in binge drinking – having more than five drinks in a row – your risk of atrial fibrillation goes up. Studies have found this to be true in wine and liquor drinkers, but the association is unknown in beer drinkers.

The take-home message is that having an occasional drink is okay, but you want to avoid having too much. It’s also important to recognize that different beverages have varying alcohol levels. The best rule of thumb is not to consume over three drinks and try to have a few days a week where you don’t drink alcohol. You should stop drinking if you experience symptoms of atrial fibrillation after alcohol consumption.

The risk factor hurting your heart you don’t know about