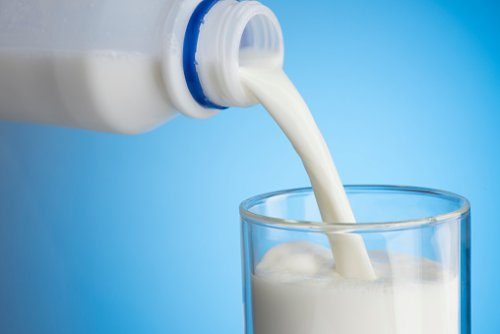 To build awareness on World Cancer Day 2018, this weekly round-up summarizes articles related to cancer risk, colorectal cancer, breast cancer, and skin cancer. The Union for International Cancer Control (UICC), which has a presence in 160 countries, has named February 4th as a day to educate people about the dangers of cancer. They want to help promote early detection of the disease, timely treatment, and prevention of cancer-related deaths. Awareness is spread through campaigns launched using traditional and social media.

The following articles contain information regarding cancer risks and types of cancer:

This popular beverage may raise your risk of cancer progression

What exactly is this beverage? It’s whole milk, and the study found men who consume it following their prostate cancer diagnosis have a higher risk of cancer progression. Furthermore, this link was seen greater among overweight or obese men.
June M. Chan, Associate Chair of Clinical Research in the Department of Urology at the University of California San Francisco, and David Taft, explained,

The researchers conducted a prospective study including 1,334 men with non-metastatic prostate cancer who answered food frequency questionnaires where all the men were diagnosed with prostate cancer for at least two years. Continue reading… 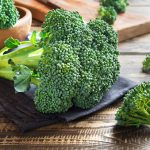 As children, our parents have most likely said to us, “eat your vegetables!” This often results in a steadfast defiance of such an order, likely leading to a crying fit when we haven’t complied. Perhaps one of the most detested vegetables on our plate has to be broccoli, a tree-like plant that would make any child gag at the mere sight of it, but one that is known for being one of the most nutritious.

Once we mature, this is when we realize the importance vegetables have in our diet. They provide the necessary vitamins and nutrients required for optimal health. But vegetables may soon be emphasized even more for promoting our longevity, as a new study finds that they can be used to target and kill colorectal cancer cells. Continue reading… 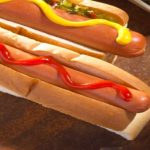 Processed meats linked to an increased risk of breast cancer

Processed meat is meat that has been modified to either improve its taste or extend its shelf life and is usually composed of pork or beef. Meat is considered a perishable commodity, which has lead the food industry to come up with ways to improve its availability and appeal.

Dried, salted, smoked, and canned meats can be easily found in many grocery markets today. However, the consumption of these foods is often synonymous with an unhealthy lifestyle. The IARC at the World Health Organization classifies processed meat as a Group 1 – carcinogenic to humans, since it has found sufficient evidence that consumption of processed meat by humans causes colorectal cancer.

Now, a new study links the consumption of processed meat to an increased risk of breast cancer as well. Continue reading… 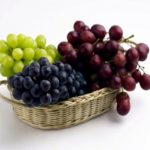 Grapes are one of mans most prized fruits. They are delicious, full of flavor, and can even be made into wine. The grape is actually considered a berry and has a history of being enjoyed as far back as 8,000 years ago. It is estimated that nearly 72 million tons of this bountiful fruit are grown every year. They are said to possess a host of beneficial health effects for those who eat them.

Grapes have been found help reduce the risk of type 2 diabetes, reduce the risk of high blood pressure, and even be an effective treatment for acne. New research may add yet another accolade to grapes already long list of benefits. Continue reading… 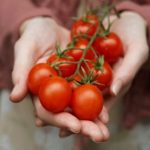 Researchers at Ohio State University searched for new information on how nutritional interventions could affect one’s risk for skin cancers. They created the experiment based on the theory between tomatoes and cancer. The theory states that the “dietary carotenoids, the pigmenting compounds that give tomatoes their color, may protect skin against UV light damage.” The most effective antioxidant pigment found is known to be lycopene, which is the most prevalent carotenoid in tomatoes.

Their experiment used both male and female mice as subjects. They fed the mice a diet that consisted of 10 percent tomato paste over the course of 35 weeks.

They then exposed them to ultraviolet (UV) light, to mimic the effects of the sun in developing skin cancers. Continue reading…

Delaying colon cancer treatment may be beneficial for some patients: Study