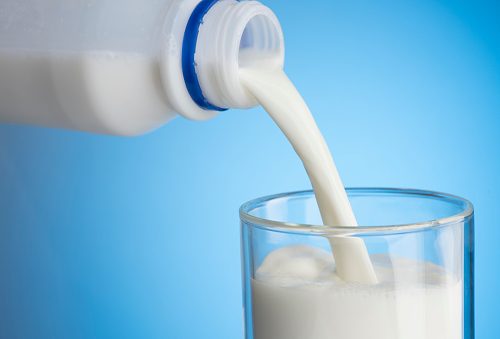 What exactly is this beverage? It’s whole milk, and the study found men who consume it following their prostate cancer diagnosis have a higher risk of cancer progression. Furthermore, this link was seen greater among overweight or obese men.

June M. Chan, Associate Chair of Clinical Research in the Department of Urology at the University of California San Francisco, and David Taft, explained, “Given a large dairy intake in the American diet and prostate cancer’s prevalence, it is important to investigate the relationship between consumption of dairy products and prostate cancer.”

The researchers conducted a prospective study including 1,334 men with non-metastatic prostate cancer who answered food frequency questionnaires where all the men were diagnosed with prostate cancer for at least two years.


During the median eight-year follow-up, the researchers found that men who consumed more than four servings of whole milk had a 73 percent higher risk of recurring compared to those who consumed less than three servings a month.

Overweight and obese men who consumed whole milk had triple the risk of recurring prostate cancer.

There was no risk of recurrence among normal-weight men who consumed low-fat or other dairy foods other than milk.

Chan and Taft added, “Men with prostate cancer who regularly drink whole milk should discuss with their physician or dietician the risks and benefits associated with continuing to do so and potentially seek skim/low-fat dairy alternatives or milk substitutes.”

“Further research is warranted to corroborate if post-diagnostic intake of whole milk increases risk of prostate cancer recurrence. In particular, additional prospective studies with participants reflecting other racial/ethnic groups would be helpful, as current studies have been predominately Caucasian, limiting generalizability. Also, further studies are warranted to confirm and elucidate the possible biological interaction between whole milk, body
size and prostate cancer recurrence/progression.”