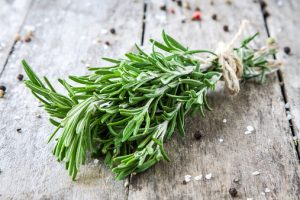 One of the most common cancers affecting men is prostate cancer. This is a gland in the male reproductive system that produces seminal fluid, which nourishes and transports sperm. Prostate cancer typically progresses slowly, which is a benefit. New research has also found a way to slow down its progression. The food we eat may inhibit cancer’s growth or even prevent prostate cancer altogether.

Cancer of a gland

If prostate cancer is detected early and is still confined to the prostate gland, it has a better chance of being successfully treated. Symptoms in the early stages of the disease include trouble urinating, discomfort in the pelvic area, or even blood in the semen. If the disease is allowed to progress, cancer may eventually spread to the bones, leading to bone pain and other health issues.

The best part, according to researchers, is that these are natural compounds found in food such as turmeric, apple peels, and red grapes.

“After screening a natural compound library, we developed an unbiased look at combinations of nutrients that have a better effect on prostate cancer than existing drugs. The beauty of this study is that we were able to inhibit tumor growth in mice without toxicity,” says corresponding author Stefano Tiziani, assistant professor in the Department of Nutritional Sciences and Dell Pediatric Research Institute at UT Austin.

These plant-based chemicals help minimize one of the risks factors for cancer, inflammation. It is known that people who have chronic inflammation due to autoimmune disease, long-standing infection, or obesity have a higher cancer risk because of damage to normal cells.
This discovery was made when researchers first tested 142 natural compounds on mouse and human cells. Compounds were tested alone or in combination with another nutrient to see which inhibited prostate cancer cell growth.

The most promising natural ingredients found tested on animal models was ursolic acid—commonly found in apple peels, rosemary, curcumin—a component of turmeric, and another component of red grapes.
The study found that the natural chemicals could block the uptake of a nutrient needed by the cancer itself. When these chemicals work together, it provides the best effect.

“These nutrients have potential anti-cancer properties and are readily available. We only need to increase concentration beyond levels found in a healthy diet for an effect on prostate cancer cells,” said Tiziani.

Related: 4 factors that increase your risk of prostate cancer