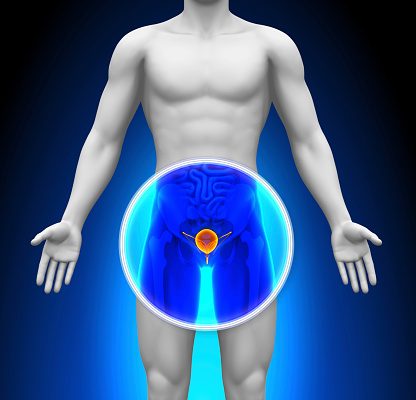 Having trouble urinating is a problem that many men have when they get older. Having to get out of bed just to go is a common occurrence and can be quite frustrating. What most men don’t realize is that these symptoms can be the result of a problem with their prostate—a gland in the male reproductive system that can be a source of cancer in men. Prostate cancer is the most common non-skin cancer among American men, but most do not die from the disease. However, there are certain types of prostate cancer that do not respond to current treatment methods and tend to advance to more serious forms. This has led researchers at the Columbia University Medical Center (CUMC) to discover a molecular mechanism that may change the way advanced prostate cancer is treated.

A study involving mice has helped researchers narrow down why some prostate cancer patients respond to anti-androgen medication—anti-male hormone therapy—and others don’t. This mystery has unfortunately led treatment-resistant patients to develop a more severe or aggressive form of the cancer, called castration-resistant prostate cancer (CRPC). These individuals actually got worse after anti-androgen treatment, making the search for the reasons why more important.

The study in question involved developing a strain of mice that lack two tumor-suppressor genes, Trp53 and Pten, both of which are seen to be mutated in about 25 percent of patients with advanced prostate cancer. The mice were then treated with an anti-androgen drug, which failed to respond and had accelerated tumor growth—a very similar scenario seen in human patients with advanced prostate cancer. They found that a number of genes were overexpressed in the mice with CRPC, with a gene called SOX11 being the most interesting. This gene was found to regulate the development of the nervous system and is a possible reason for prostate cancer cell reprogramming.


“This raised the question, where are the neuroendocrine-like cells in prostate tumors coming from? While previous research hinted that epithelial tumor cells may be reprogrammed to become neuroendocrine-like cells, our study provides the first direct evidence that this reprogramming is actually occurring and that it is mediated, at least in part, by SOX11,” said study co-leader Cory Abate-Shen, professor of urology, medicine, systems biology, and pathology and cell biology at CUMC.

The researchers realized that by giving anti-androgen medication, they were inadvertently enriching the tumor with the remaining neuroendocrine-like cells, as the medication would eliminate the few androgen cells that remained.

“Based on our findings, genetic testing to identify SOX11 and the master regulators may be considered before embarking on anti-androgen therapy for patients with advanced prostate cancer,” said Dr. Shen.