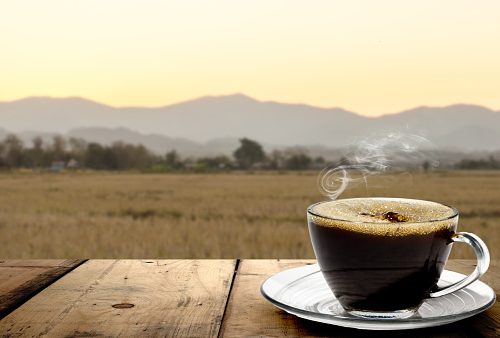 Java, cup-of-joe, the sweet nectar of the gods—whatever you like to call your coffee, it is often considered an integral part of the day. Whether you need it to give you that morning wake-up kick or as a mid-day or late night stimulant, coffee is enjoyed by millions around the world. Drinking coffee is already known for having a slew of health benefits, from containing essential nutrients to making us feel happier overall, and new research has unveiled another health benefit of coffee: it can cut your risk of developing prostate cancer in half.

Prostate cancer is the cancer of a gland in the male reproductive system and is one of the most common types of cancer found in men. It is particularly common elderly men, as the cancer is slow growing. If the cancer cells stay confined to the prostate gland, it may not be too harmful, with minimal to no treatment required. However, various types of prostate cancer are considered more aggressive and can spread quickly, even into the bone, leading to further complications. According to the American Cancer Society, around one in seven men will be diagnosed with the disease in their lifetime.

The study in question analyzed 6,989 men 50 and above from Italy, where coffee drinking is very prevalent. It is estimated that the average Italian consumes around 600 cups of coffee every year, leading researchers to choose this demographic to study coffee and its effect on prostate cancer. The men were asked to report their daily Italian-style coffee consumption using a food frequency questionnaire.

At the end of the study that consisted of over an average of four years of follow-up, around 100 men were identified with new cases of prostate cancer. The researchers found that men who consumed at least three cups of Italian style coffee every day were at least 53 percent less likely to develop prostate cancer compared to men who had less.
While this is a significant reduction indeed, the researchers proceeded to confirm these anti-cancer effects by testing extracts of caffeinated and decaffeinated Italian-style coffee on prostate cancer cells in a laboratory setting. Results showed that caffeinated coffee extracts reduced the cancer cells ability to grow and divide and decreased their ability to metastasize or spread. No results were seen using decaffeinated coffee extracts.

“The observations on cancer cells allow us to say that the beneficial effect observed among the [nearly] 7,000 participants is most likely due to caffeine, rather than to the many other substances contained in coffee,” notes study co-author Maria Benedetta Donati.

The way the coffee was prepared may also have been a factor, as “Italian style” incorporates high pressure, very hot water temperatures, and no filters to separate coffee grounds—a method not used often in most places around the world. It has yet to be determined if the method of preparation is important.

Related: 4 factors that increase your risk of prostate cancer

How to keep your prostate healthy