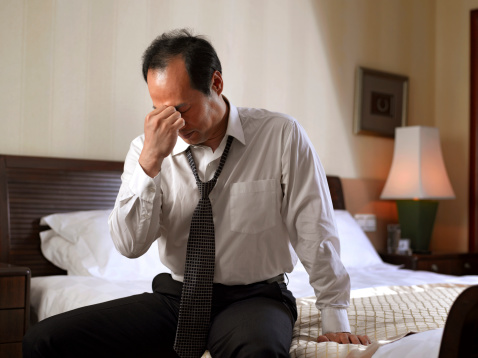 A recent study published in Cancer, a peer-reviewed medical journal published by The American Cancer Society, found that head and neck cancer patients who exhibit depressive symptoms at the onset of their treatment planning tend to have a potentially higher mortality rate than patients who are able to remain optimistic.

The study was conducted by Dr. Elizabeth Cash, PhD., and her team of medical researchers at the University of Louisville School of Medicine. It consisted of 134 predominantly middle-aged participants who were reported to have demonstrated at least some depressive symptoms during their initial treatment planning sessions.

These symptoms include the following: feelings of helplessness, loss of interest in regular activities, frequent and uncontrollable mood swings, loss of energy, extreme weight loss, as well as changes in appetite. While some of these symptoms coincide with both cancer and depression, it was made clear from the beginning that at the time of the initial consultations, many of these symptoms were of a psychological nature.

It’s important to note that at the time of their cancer diagnoses, none of these patients qualified for being diagnosed with major depressive disorder, which indicates that even mild signs of depression can have a negative impact on the success rates of the treatments administered.

There are a number of factors that come into play. According to Dr. Elizabeth, patients who felt depressed at the onset of their treatment were more likely to skip scheduled treatment appointments and continue indulging in their unhealthy habits than patients who had a more positive outlook despite their diagnosis.


Over the two-year course of the study, it was found that depressive symptoms in patients were directly correlated to the progression of their tumors and the decreased likelihood that they’d actively participate in their treatments. Patients who felt even mildly depressed at the onset of their treatment planning were more likely to have higher mortality rates as a direct result of their passive approach towards their treatments.

In contrast, physiological factors such as age, sex, marital status, unhealthy habits, race, and the site of the disease didn’t play as big of a role in the patients’ declining well being as their mental states did.

As a result of the study’s findings, Dr. Elizabeth Cash stated, “We want patients to know that it’s normal to get depressed when they are diagnosed, but it’s important to seek help for any depression symptoms because they may lead to poorer outcomes related to their cancer treatments.”

If you or someone you know who’s recently been diagnosed with head or neck cancer is demonstrating depressive symptoms such as the ones mentioned in this article, then make sure to get the psychological treatment and support they need in order to improve their chances of survival.

Far too often, psychological factors that are associated with illnesses go untreated or are neglected because their significance is underestimated by patients, family members, and even some physicians. However, modern science has proven that there’s a strong correlation between a person’s mental state and their physical well-being, so seeking psychological treatment is just as important as medical or surgical treatment.

How to treat catatonic depression? Symptoms and causes