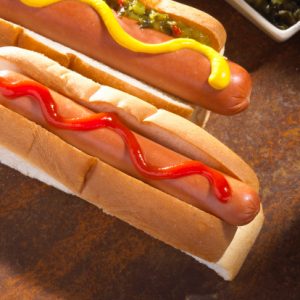 Processed meat is meat that has been modified to either improve its taste or extend its shelf life and is usually composed of pork or beef. Meat is considered a perishable commodity, which has lead the food industry to come up with ways to improve its availability and appeal.

Dried, salted, smoked, and canned meats can be easily found in many grocery markets today. However, the consumption of these foods is often synonymous with an unhealthy lifestyle. The IARC at the World Health Organization classifies processed meat as a Group 1 – carcinogenic to humans, since it has found sufficient evidence that consumption of processed meat by humans causes colorectal cancer.

Now, a new study links the consumption of processed meat to an increased risk of breast cancer as well.

Processed meats have been the focus of many studies in the past, which have found that they can increase the risk of many chronic diseases. These diseases include heart disease, high blood pressure, and bowel and stomach cancer. While these studies have shown that people who eat processed meat are more likely to get these diseases, they cannot prove that processed meats directly cause them, as the studies were observational in nature.

However, what is clear is that processed meats may contain several types of chemical compounds added to them, such as nitrites or nitrosamines, which have been linked to the development of cancer.


The study in question looked at data from over 270,000 women between the ages of 40 and 69 between the years of 2007 and 2010. All participants were part of the UK general population.

It was found that the vast majority of women who consumed processed meats were at a higher risk of developing breast cancer, despite sociodemographic, lifestyle, obesity, and dietary factors.

The researchers go on to say that red meat was not found to have a similar association.

While the consumption of meat products can be an important part of a person’s diet, the type of meat you eat is a significant factor. Choosing processed meat instead of fresh meat exposes you to various chemical compounds not found in nature, which may increase your risk of chronic disease and cancer development in the long run.

Eating processed meat may be fine when consumed occasionally, but when they dominate your diet, that’s when they can lead to serious health concerns.