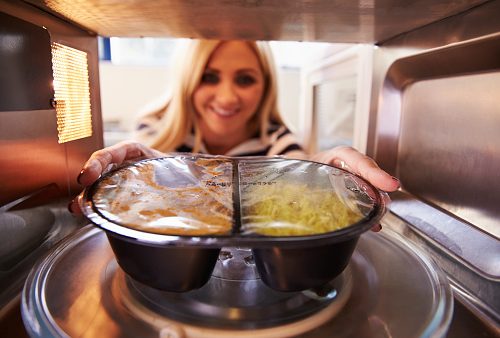 A recent study suggests that eating processed foods could compromise your intestine and increase your risk for autoimmune diseases. An autoimmune disease occurs when the immune system attacks turns on the body and attacks the healthy cells in the body, mistaking them for foreign invaders. This can destroy body tissue and lead to functional and structural abnormalities in the organs. There are more than 100 types of autoimmune disorders but the more common ones are multiple sclerosis, type 1 diabetes, and celiac disease.

Most people think that any food that is not a raw agricultural commodity can be classified as a processed food. That is true. But according to the USFDA (United States Food and Drug Administration), even the raw foods that have been subjected to processing, such as freezing, cooking, canning, dehydration or milling, come under processed foods.

This broadens the field substantially and most of the stuff we eat on a daily basis – cheese, breakfast cereals, canned fruits and vegetables, bread, savory snacks and meats such as bacon and sausages, fall into the ‘processed’ category and as such are guilty of increasing our risk of autoimmune disorders.

The general rule of thumb is that any food that has a nutrition label has been processed. However all food processing is not bad. Some of it is beneficial too. Milk, for example, needs to be pasteurized (a form of processing) to remove any harmful bacteria.

While the consumption of processed foods was previously linked to heart disease, weight gain, and even certain forms of cancer, this recent study brings autoimmune diseases into mix.
The rise in both the prevalence of autoimmune diseases and consumption of processed foods in recent years founded the basis of the study. The objective of the study was to determine whether this is just a coincidence, or whether a link exists between the two.

Specifically, the researchers tried to pin-point the relationship between certain additives in processed, and how these additives affect the intestines and lead to the development of autoimmune diseases.

Spearheaded by Prof. Aaron Lerner, of the Technion-Israel Institute of Technology in Haifa, Israel, and Dr. Torsten Matthias, of the Aesku-Kipp Institute in Germany, the team has identified at least seven food additives that may weaken the intestines resistance to toxins.

The full details of the study can be gathered from the journal Autoimmunity Reviews.

Based on their findings, the researchers are quite convinced that consumption of processed foods could increase the risk for autoimmune diseases. The problem is that the food additive market is not highly regulated, and therefore the researchers cannot pin them down.