Home » Eye Health » Visual snow: Why there is snow or television-like static in your vision? 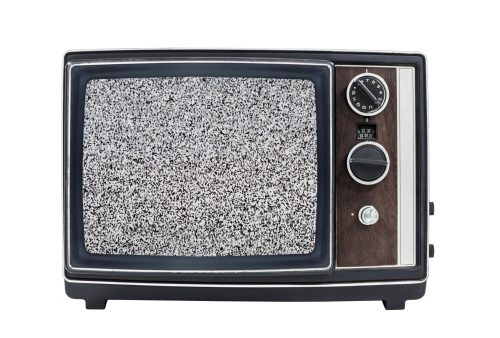 Visual snow is a relatively rare condition due in part to many affected individuals not being aware they have it. It is the subtle perception of a “visible snow” over your entire field of vision, similar to static noise that you see on a TV screen. The condition is said to be more visible over solid surfaces than over textured ones. However, it is still a condition not fully recognized by the medical community. This may change as more research is done on the condition.

What does visual snow mean?

Visual snow may also be referred to as “visual static” or “positive persistent visual disturbance.” The clinical term for it is aeropsia, which literally translates to “seeing air.” The condition is often described as seeing tiny white and black dots that resemble the poor reception a TV can receive, but in a very obscure manner that doesn’t completely impede vision. Accompanying symptoms may include photophobia (a sensitivity to light), prolonged after images, color swirls, trailing, bright flashes, poor night vision, and floaters. Visual snow is not associated with a visual aura that commonly occurs with migraine headaches despite the fact that many patients with visual snow also have migraines.

Visual snow is not a widely recognized medical phenomenon because it differs slightly from patient to patient, making each case appear unique to the affected individual. Visual snow can either be persistent or transitory. It can cover part of the visual field or simply all of it.

Consistencies with the condition often include being more visible in all light conditions, but more notably so against dark backgrounds. Patients often complain of visual snow when trying to read.

Due to visual snow’s subtlety, medical professionals believe that many cases are unreported, which has made it seem like the condition is rare. However, it could simply be that patients are unaware that they are experiencing anything abnormal with their vision, as it doesn’t cause any discomfort or pain.

What are the causes and complications of visual snow?

The exact causes of visual snow development are not well understood, but it’s believed to related to thalamocortical dysrhythmia. This condition is characterized by a disruption of neural activity between the thalamus and other areas of brain cortices.

The development of visual snow may be related to other medical conditions, the most common of which is persistent migraine aura (PMA). Other related conditions include hallucinogen persisting perception disorder (HPPD) and optic neuritis. It has also been reported that excessive use of computers or smartphones may be linked to the condition as well, with some research also finding a hereditary link.

It is speculated that various physical and mental health issues contribute to the development of visual snow, but there is still debate as to whether these conditions are true contributors to visual snow development or if visual snow came first. Common comorbid conditions of visual snow include post traumatic stress disorder (PTSD), anxiety, sleep deprivation, Lyme disease, and various auto immune diseases.

Living with visual snow doesn’t affect the overall quality of life too much. Cases have been reported of people having visual snow since childhood, which has led to a perception of visual disturbance as normal. If visual snow is present at a young age, the brain will create strategies to adapt to the visual impairment in order to better carry on with daily tasks and activities. However, there are cases where impaired vision creates increased amounts of stress in the individual, possibly leading to increased anxiety or depression.

The variability of having visual snow has led to two main types of the condition being recognized—pulse type and broadband. Both of these variations refer to how the visual field is disrupted and what the patient sees.

Pulse type: The perception of uniformly sized dots that are scattered across the visual field. It is often described as being similar to drops of water on a car’s window shield during light rain. These dots may also appear to swirl or flicker. Brightness and color of the dots often depend on the scene the patient is viewing.

Broadband: A type of visual snow more akin to television static. It appears as if there is a fuzzy or snowy appearance over the patient’s visual field. Dots may vary in size and be lighter or darker than the overall color of the scene the patient is viewing.

Sub-types or additional visual symptoms of visual snow include the following:

Health conditions and symptoms that can coexist with visual snow

A study found that 59 percent of subjects with visual snow also had migraines, whether or not they had an accompanying visual aura. This makes migraines one of the most common symptoms presenting with visual snow syndrome. However, there are a number of different symptoms that patients with visual snow have reported. Not all are seen in every patient but are common enough to be a known association. These symptoms may include

Medical conditions linked to visual snow and part of other syndromes or conditions are as follows.

Persistent migraine with aura (PMA): A migraine is a recurrent throbbing headache that typically affects one side of the head and is often accompanied by nausea and disturbed vision. It commonly presents with auras—a perceptual disturbance described as a strange light. PMAs can last for days or even over a week.

Hallucinogen persisting perception disorder (HPPD): Often described as a visual disturbance due to the use of hallucinogenic drugs like LSD. Cases have been reported of this phenomenon occurring despite not having taken drugs for several years. HPPD is also referred to as “flashbacks.”

Optic neuritis from multiple sclerosis (MS): A condition commonly affecting multiple sclerosis patients where the optic nerve becomes inflamed due to loss of myelin—a protective coating around the nerves. This can lead to visual disturbances like visual snow.

Brain injury: Any acute injury to the head has the potential to cause brain damage. Depending on the location of the injury and its severity, the function of the brain in that location may be affected. This includes damage to the occipital lobe or optic nerve responsible for processing visual information.

Visual snow and tinnitus: The relation

Tinnitus is a condition characterized by ringing in the ears. It is an audiological and neurological condition thought to affect nearly 50 million Americans due to damage of the auditory nerve in the inner ear. Patients with tinnitus often experience a constant buzzing, hissing, whistling, swooshing, clicking, or screeching sound that they can’t seem to get rid of. This often leaves affected patients to become frustrated and mentally distraught.


Should you be worried if you have visual snow?

As far as the medical community is concerned, visual snow is not harmful to your eyes. However, since there is no known cause for the condition, it is difficult to say with absolute certainty. What medical professionals do know is that there is nothing physically wrong with the eye itself, such as retinal scars or excessive tearing.

Despite being an annoyance to suffers, visual snow does not cause other eye diseases.

Diagnosing visual snow can be extremely difficult, as much of what is seen is poorly communicated to the doctor. The condition can often be missed as well due to pre-existing underlying conditions that overshadow the presentation of visual snow.

However, once a condition such as visual snow is suspected, a neurologist is often the type of specialist capable of making a precise diagnosis. Criteria for diagnosing visual snow include:

How to cope up with television-like static in your vision

There are not many treatments for visual snow. There doesn’t exist a single treatment that works for all patients. Doctors have to work with the patient until an effective treatment is found. Some common treatments include:

Vision rehab: Strategies found to be useful for treating visual vertigo sometimes work for visual snow. While not proven to provide visual snow sufferers complete relief, it is a treatment modality that some doctors feel worth pursuing.

Medication: Generally prescribed when there is an underlying condition causing visual snow symptoms. Medications such as propranolol and lamotrigine have been proven to be useful.

Diet: A key component in a variety of health conditions, especially ones involving the eye and brain. It is possible that visual snow could be the result of particular sensitivities to foods or preservatives. Patients can modify their diet to see if what they exclude or include help their visual snow symptoms.

Cooking: Used as a distraction to not notice visual snow. The barrage of smells, tastes, and sounds that cooking provides may help some people forget about their visual snow.

Tennis: Focusing on a ball and improving fitness are aspects of this exercise that can help visual snow sufferers cope with their symptoms. This includes other fitness exercises as well.

Music: Playing music helps stimulate the brain and has the benefit of not engaging your physical senses. This gives visual snow sufferers a way to distract themselves from their symptoms.

Socializing: Being around other people is not only fun, but helps to engage the brain through stimulating conversations and forgetting about problems such as visual snow.

Get offline: Too much information can be part of the problem, only adding to your anxiety and causing you to become more miserable and even depressed. While it is a good idea to stay up to date with visual snow news, being obsessed with the condition can cause you more emotional distress in the long run.

Pain behind the eyes: Causes and home remedies