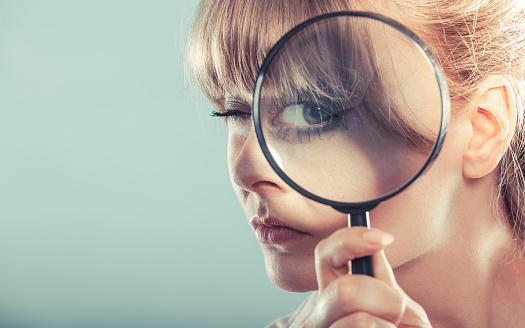 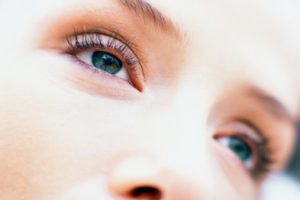 Seeing a person with glassy eyes can be unnerving, as it feels like they are listless or disinterested, perhaps lost in their own minds. The term glassy eyes often refer to a glazed over or shiny appearance of the eyes that makes them appear unfocused. It is a common problem that many people have to deal with, and several medical conditions and medications can result in the glassy-eyed appearance.

Most instances of glassy eyes are due to lifestyle choices, such as working long hours in front of a computer or drug and alcohol use—these can lead to less blinking, resulting in a glassy-eyed appearance. Medical conditions that affect the eye may also result in the glassy look. The following are some of the conditions:

A highly contagious eye infection that is usually caused by adenovirus. It will take approximately five to 12 days after being infected by the virus to begin experiencing symptoms. This may include conjunctival hyperemia, watery discharge, and eye irritation that usually begins with one eye and spreads to the other.

Additionally, patients affected by viral conjunctivitis may have a sensitivity to light and the sensation that a foreign body is stuck in the eye. The eye will also likely appear red and inflamed, which may blur your vision.

Caused by herpes simplex virus type 1 and is considered a common recurrent viral infection affecting the eyes. It may sometimes be referred to as a cold sore on the eye as it can lead to inflammation and scarring of the cornea.

Associated with allergic conditions such s hay fever (allergic rhinitis) and atopic eczema (dermatitis). Eye allergies develop in the same fashion as allergies in general do, being a response to a particular allergen causing histamine release, wheater it is seasonal, due to pets, or otherwise.

Defined as having low blood sugar in the body, hypoglycemia can be can happen for several reasons including diet, due to some medications and condition, and exercise. Impaired vision can be a consequence of hypoglycemia which may present as having double vision or tunnel vision. The brain primarily uses glucose as its fuel source driving its many actions, which includes our vision. If a low level of glucose is on board, our brain loses the ability to coordinate vision.

Certain medications can depress the central nervous system that controls various aspects of our vision. This may lead to the eyes appearing shiny or glassy as it may keep a person from blinking too often.

Caused by an overactive thyroid gland that leads to the production of increased thyroid hormone. This can cause up to half of Grave disease sufferers to develop eye symptoms. Thankfully, symptoms are usually mild and easily treated.

Looking into a person’s eyes can tell you a lot about their current state of physical and emotional health. In particular, having glassy or bloodshot eyes can be a sign of alcohol intoxication.

An infectious disease that causes severe watery diarrhea, which can lead to dehydration and death if left untreated. The condition is commonly caused by consuming contaminated food or drinking water with a bacterium called Vibrio cholera. Common symptoms of cholera include abdominal cramps, dry skin, excessive thirst, lethargy, rapid pulse, unusual sleepiness or tiredness, and glassy or sunken eyes

A common condition that occurs due to an inability to lubricate the eyes effectively. This may occur if you don’t produce enough tears or if you produce poor-quality tears. Dry eyes tend to feel uncomfortable and may sting or burn.

Fortunately, having glassy eyes is not a serious condition and not a threat to the vision. It is usually only a temporary phenomenon that occurs due to a particular circumstance, such as working too hard in front of a computer or due to an offending agent such as drinking too much alcohol. Once you remove yourself from these causative circumstances, the appearance of glassy eyes will resolve on its own. The following are some tips to help avoid getting the condition:

Drink a lot of water: Staying hydrated keeps the eyes moisturized. Drinking adequate amounts of water will also aid in body circulation and keep the skin—as well as your eyes—safe from excessive dryness.

Regulate blinking: A major contributor to the appearance of glassy eyes are the eyes drying up due to lack of lubrication. While most of us blink involuntarily, those who find themselves with blinking problems should monitor and regular their frequency of blinks.

Get a checkup: Glassy eyes can be a result of various causes that will need the expertise of a medical doctor to remedy. Conditions that involve the thyroid or blood sugar need testing in order for an accurate diagnosis to be given and proper treatment provided.

The eyes are a very important part of the body that we use every day. It’s only natural to be concerned when they don’t appear the way they should, but in the case of glassy eyes, excessive worrying is not necessary.

The following actions aim to control potential triggers of glassy eyes or prevent them from developing in the first place.

It is important to be diligent about maintaining proper eye care to prevent the development of glassy eyes, particularly during infectious disease. Our eyes are often called a window to our soul and are an important organ to allow us to see the outside world. This is why any serious eye conditions should be brought to the attention of your local physician before any serious damage can occur.

How to stop watery eyes (epiphora)?

Cholesterol deposits around the eyes: Causes and natural remedies