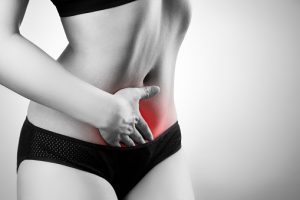 A person can either have a upper urinary tract infection, which involves the kidneys and is typically more severe, or a lower urinary tract infection, which does not involve them. These types of infections are almost never contagious to others. UTIs are not STDs, which are considered a different class of infectious disease and are highly contagious. Women are generally predisposed to getting UTIs, primarily due to their shorter urethra, making it easier for bacteria to travel up to the urinary tract.

It is normal to assume that a UTI is a sexually transmitted disease, especially if gotten after sex—yet this is not the case. Not all infections associated with sex are sexually transmitted diseases. For example, yeast infections and bacterial vaginosis are associated with sex but are generally not spread by sexual transmission. The same goes for urinary tract infections: simply put, the act of intercourse increases the chance of exposure to UTI-causing bacteria.

However, UTIs and sex are so often associated with each other that doctors have given it a name, “honeymoon cystitis,” a term that has been around for over 30 years. It is a condition that is quite common in in women during the early stages of a sexual relationship. Therefore, the correlation between sex and UTIs gains some credibility in this regard.

This association could be due to a number of factors, including:

As you can now understand, UTIs are associated with sex but are not necessarily sexually transmitted diseases. The mechanical act of sexual intercourse explains the relationship between sex and UTIs. The sexual partners of people with recurrent UTIs do not necessarily experience such infections themselves.

When are UTIs no longer contagious?

A number of symptoms are associated with urinary tract infections, including:

If a UTI were to progress and become more severe, serious symptoms would include:

When should you seek medical care for a UTI?

If you are experiencing symptoms of itching or burning during urination, or any other type of discomfort when urinating, it is advisable to seek the advice of a doctor or medical professional within 24 hours. Those with upper urinary tract infections, especially involving the kidneys (which present with flank pain—pain radiating to the back) should seek medical help immediately.

One very common suggestion is the best solution for preventing UTIs: Always urinate after sex.

The reasoning behind this is simple. Peeing after sex flushes any bacteria from the urinary tract, which prevents bacteria from reaching the various structures within. While there is limited research to support this conclusion, it is something done by the majority of women with satisfactory results.

Another form of prevention and treatment used by women includes drinking cranberry juice frequently, as it is thought to acidify the urine and reduce the number of bacteria. This claim is not well supported, however, with little research done on the matter. Research that was done showed that cranberry juice may affect the way bacteria interact with the lining of the urinary tract.

Having the knowledge to identify a UTI is a step in the right direction toward treatment and prevention of future cases. Women who experience significant and recurring UTIs should discuss their situation with a doctor, as it will most likely shed more light on your unique situation. While UTIs may seem similar to STDs, it is important to make the distinction between the two and to get yourself checked by your doctor for UTI/STD like symptoms, as they are often quite similar.