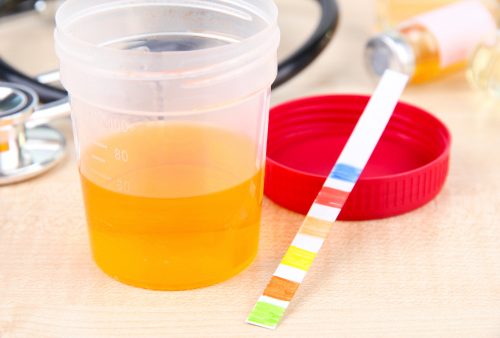 One in five women will have at least one UTI, also referred to as a bladder infection, in her lifetime. Close to 20 percent of women who have a UTI will have another, and 30 percent of those will have yet another. Beyond this point, statistics show that there is a group of women who will have UTI recurrences throughout their lifetime. Although the numbers are not as high, men are not excluded – about 12 percent of the male population in the United States get a UTI at some point in their lives.

Bladder infections are normally treated with antibiotics, but over the last decade doctors have reported an increase in the number of tough-to-treat UTIs. That is, cases resistant to antibiotics. This has both doctors and researchers on high alert. They are trying to find ways to combat UTIs. Of course, prevention is the best defense and to that end, some experts say you may not have to look any further than your diet.

Risk of developing a UTI may depend on diet

A recent study indicates diet may be the reason some people are more prone to bladder infections.

Researchers at Washington University School of Medicine in St. Louis conducted a study based on the common belief that early on in an infection, cells produce a protein called siderocalin. This protein blocks bacteria from growing, including E. coli. E. coli often causes UTI. The researchers wanted to see how the protein worked at restricting the growth of E. coli in several different samples of urine in men and women. They ended up uncovering two common factors that affected bacteria growth. One factor was more alkaline, or higher pH, and the other high levels of certain metabolites, which are formed by microbes in the stomach. Metabolites come from the diet.

One of the researchers described it as if the protein that is part of our immune system is able to use metabolites in our diet to grab onto iron and keep it away from bacteria that cause infections.
The research team believes it’s possible urine pH and metabolite production could be changed through our diets. This would make our diets a good prevention tool.

To kick-start the metabolites, foods that are high in antioxidants and that create a strong urinary scent (aromatics) are required. Cranberries are known to make urinary aromatics so this may be why cranberry products are often recommended as a UTI remedy.

Symptoms of a UTI

Most people will know when they are experiencing a UTI. The symptoms are as follows:

People who experience frequent bladder infections will tell you that it is very uncomfortable; that putting prevention methods in place is well worth it. While the consumption of cranberry products may not work for everyone, a look at overall eating habits may be worth considering.

The Future of UTI Treatment

The Washington University study is getting a fair amount of attention in the medical community. The details have been published in the Journal of Biological Chemistry. The authors say while significant, their work leads them to more questions – such as, is it possible that cranberries are more effective as a remedy for UTI when paired with a treatment to make the urine less acidic? Do cranberries only work in people who have the right gut mix? Future studies are expected to tackle these questions.

Are you at risk for this serious bladder infection?

New technology could help your bladder