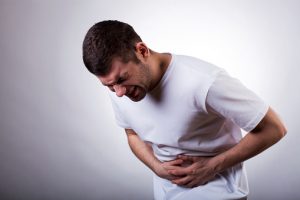 Toxic megacolon is a condition of a malfunctioning large intestine. Namely, the term megacolon implies the atypical dilation of the colon, while “toxic” indicates the severity of the problem.

Often a complication of inflammatory bowel disease, toxic megacolon is a rare and life-threatening condition in which the large intestine quickly widens within a few days.

In the U.S., those of Jewish decent are more prone to the development of ulcerative colitis compared to non-Jewish individuals. However, no data exists regarding incidence of toxic megacolon development in this demographic.

Toxic mega colon is estimated to carry a lifetime risk of one to 2.5 percent in those with ulcerative colitis.
Approximately five percent of severe ulcerative colitis attacks are reported to be the result of toxic megacolon.

Adults between the ages of 20 and 40 are primarily affected by ulcerative colitis, however, toxic megacolon has no predilection for any particular age group.

The primary cause of toxic megacolon is inflammatory bowel disease (IBD), which is associated with swelling and irritation in the large intestine and other parts of the digestive tract. In IBD, the colon can expand, dilate, and distend. When this occurs, it is no longer able to remove gas or feces from the body. The buildup of gas and feces eventually cause the large intestine to rupture.

At this point, the condition becomes quite dangerous. As the large intestine ruptures, bacteria are released into the body, leading to infection and death.

Other types of megacolon, which are not a result of infection or inflammation, are pseudo-obstruction megacolon, colonic ileus megacolon, and congenital colonic dilation.

Without proper treatment, complications caused by toxic megacolon can be quite serious. This includes perforation of the colon wall causing bowel contents to leak into the abdominal cavity, which can subsequently cause a serious abdominal infection or even sepsis. Surgery is required for perforation repair, often requiring a temporary ostomy attaching of the large intestine to the small intestine, which is then connected to a small open in the skin to collect waste through the small opening

Symptoms of toxic megacolon include:

The biggest risk factor for toxic megacolon is having inflammatory bowel diseases such as Crohn’s disease or ulcerative colitis. Other risk factors include an infection of the colon, ischemia (low blood flow to the colon), and, in rare cases, colon cancer.


How to diagnose toxic megacolon

The symptoms of a toxic megacolon are the initial diagnostic criteria leading to the diagnosis. However, a former history and physical exam will also be conducted which will include assessing abdominal tenderness and listening for bowel sounds.

Imaging tests to confirm the diagnosis include abdominal X-rays, CT scans of the abdomen, as well as a blood test for good measure.

You should seek out medical attention as soon as you start experiencing symptoms related to toxic megacolon. Your doctor will run tests to confirm diagnosis and also ask if you have a history of inflammatory bowel disease.
Toxic megacolon is commonly treated with surgery, which may involve repairing the colon or removing the colon. Antibiotics will be prescribed post-surgery to ward off any infection and other complications.

A study following 38 patients with toxic megacolon found that prognosis is poor with non-operative medical management of the condition. Over a period of several years, 11 patients eventually suffered from a second episode of toxic megacolon, ultimately with a total of 18 patients having to undergo colon resection. Emergency or urgent surgery was required for 15 of these followed subjects.

In the absence of bowel perforation, survival prognosis should be excellent. Over the past few decades, mortality rates of toxic megacolon have gone from 20 percent in 1976 to between four and five percent today. It is thanks to earlier recognition, intensive medical management, early surgical consultation, and improved surgical technique and postoperative care.