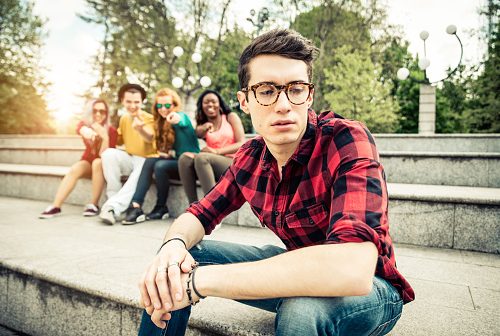 New research in the Canadian Medical Association Journal (CMAJ) has found that teens who were bullied as children by their peers are at a higher risk of suicidal thoughts, behaviors, and other mental health issues.

Dr. Marie-Claude Geoffroy of the McGill Group for Suicide Studies and her coauthors wrote, “Our findings showed a general tendency, in about 15 percent of the children, of being exposed to the most severe levels of victimization from the beginning of their education until the transition to high school.” She added that those children were at a higher risk of “debilitating depressive/dysthymic symptoms or anxiety and of suicidality in adolescence than less severely victimized children, even after we accounted for a plethora of confounders assessed throughout childhood.”

The study examined data from the Quebec Longitudinal Study of Child Development, where 1,363 children born in 1997 and 1998 were tracked until age 15. Researchers assessed the children based on their reports about peer victimization at ages six, seven, eight, 10, 12, and 13 years. The children in the studies came from a variety of socioeconomic backgrounds and family structures. The only significant difference between the study participants was that it followed more females (53 percent) than males. The children were organized into three main groups: none/low victimization, moderate victimization, and severe victimization.

Just under 60 percent of participants experienced peer victimization in the first years of elementary school, although for most, the incidents declined as the children grew older. “Although peer victimization starts to decrease by the end of childhood, individuals in the severe trajectory group were still being exposed to the highest level of victimization in early adolescence,” wrote the authors.


Those who were bullied experienced low moods

“Our results, along with those of many other studies, suggest that severe peer victimization may contribute to the development of mental health problems in adolescence,” wrote the authors. “Therefore, it is important to prevent severe victimization early in the lifespan.”

The authors hope the study will encourage more anti-bullying initiatives before children enter school to avoid instances of severe mental health issues as well as suicidal thoughts and behaviours.