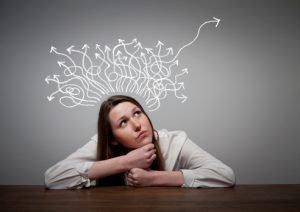 How is your mood? Would you say you’re feeling happy? Or are you sad, angry or even indifferent? The events currently going on in your life can have a large impact on your mood. If you just received good news you’ll probably be feeling happy or excited. If you just experienced a loss you may be sad or even depressed. Many external factors can impact our mood, but there are also factors which take over our mood without our knowledge; these are referred to as mood disorders.

There are normal, defined moods attributed to certain situations, but if a person cries at a joke, shows no response to a promotion or even burst into rage unannounced, there could be an underlining mood disorder.

Mood disorders have a large spectrum, from depression to even bipolar disorder. Mood disorders – sometimes referred to as affective disorders – are the most commonly underdiagnosed disorders, particularly in children and adolescents. Some types can be life long, but with proper treatment and management a person with a mood disorder can very well live a normal, healthy life.

There are a few common mood disorders, many of them you may have heard of. They include:

Major depression: Often described as being more severe than ordinary sadness as it often leaves affected individuals with a constant sense of hopelessness and despair. Clinically depressed people may have difficulty working, studying, sleeping, eating, or are unable to even enjoy the company of friends and activities.

Bipolar disorder (manic depression): A disorder that is characterized by unusual shifts in mood, energy, activity levels, and the ability to carry out day-to-day tasks. A person suffering from bipolar disorder may suffer from feelings of low mood for a couple of weeks, then later exhibit increased energy levels and extravagant behavior for a couple of days. The condition may also lead to behavior changes such as restlessness, a grand sense of one’s ability (grandeur), a lack of focus, and impulsive behavior.

Seasonal affective disorder (SAD): Commonly known as winter depression, winter blues, and seasonal depression. This condition is characterized by normal mental health throughout the year but exhibits depressive-like symptoms once the winter months arrive. Women are seen to be most likely to be affected by SAD, as well as those living furthest from the equator. SAD may also have a familial link.

Cyclothymic disorder: A mood disorder causing emotional ups and downs, but not to the extreme seen in bipolar disorder. People suffering from cyclothymic disorder may feel on top of the world for a period of time, but then feel down. There are also periods where patients feel stable in between these highs and lows.

Persistent depressive disorder (dysthymia): A mood disorder that is characterized by a persistent depressive mood consisting of the same cognitive and physical problems as depression, but with less severe but longer-lasting symptoms. The causes of dysthymia are not known but are believed to be due to changes in the brain, abnormal genes, or environmental factors.

Who is affected by mood disorders? 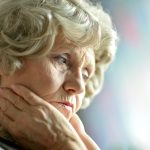 There have been moments in your life when you felt sadness or even depression, but it didn’t necessarily mean you had a mood disorder. However, we all have the ability to feel these different moods, so anyone at any age can develop a mood disorder.

Research has shown that individuals with a family history of mood disorders are more likely to develop one themselves. Furthermore, life events can trigger a mood disorder or make living with a mood disorder even more difficult. Some examples of life events which have the potential to spark depression are losing a job, a death in the family, going through a divorce and financial troubles.

Compared to males, females are twice as likely to develop a mood disorder.


Symptoms and causes of mood disorders 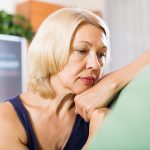 Although each mood disorder comes with unique symptoms, there are several common symptoms many mood disorders present. They include:

Many mood disorder symptoms may be confused with other ailments. For example, if a person complains of aches and pains a doctor may be more inclined to check bones and muscles instead of the person’s mental health. Additionally, many mood disorders have episodes of intense mood changes and because they are not prolonged they may be viewed as a “bad day” or having a “one off.”

Exact causes of mood disorders are still unknown, but research has produced many possible causes. For example, depression is thought to be caused by an imbalance in the brain. Additionally, environmental, biological and genetic factors can play a role in the cause of depression.

A possible cause for bipolar disorder is thought to be a combination of factors all working together. Researchers have found a particular gene which may cause bipolar disorder and also noted that it can be hereditary. Brain scans of individuals with mood disorders reveal changes when compared to healthy individuals.

Treatment and prevention of mood disorders

Because a pin-pointed cause of mood disorders does not exist, prevention tips are quite difficult. Regular exercise and healthy eating are often recommended to help prevent mood disorders, as physical activity and food can play a role in mood and overall brain health.

The key to living with a mood disorder is early detection, so if you begin to notice any of the above symptoms, don’t disregard them and seek help.

How regular exercise affects your mood
When it comes to mood, there are many things you can do naturally to perk yourself up. Getting proper sleep, for one, has been shown to improve mood and so have certain foods. But one thing in particular is so simple, so easy, that really you should do it every day for overall improved mood. Continue reading…