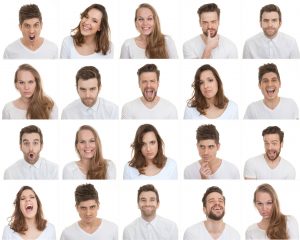 Emotions are often affected by visual memories and images, and a recent study conducted by Dr. Svetla Velikova of Smartbrain in Norway has found that with imagery training, we may be able to harness these effects and boost our moods.

The connection between visual memory, images, and emotional state is especially evident in those suffering from psychiatric disorders such as post-traumatic stress disorder, where these images and memories can cause deep emotional disturbances. Dr. Velikova explained how imagery training can be used to help individuals with these disorders, stating: “Imagery techniques are often used in cognitive psychotherapy to help patients modify disturbing mental images and overcome negative emotions.”

In this new study, Dr. Velikova and her team set out to discover whether this training could have the same effects for healthy volunteers when self-administered at home, rather than in a therapist’s office.

The team recruited 30 healthy volunteers and over the course of a two-day workshop, taught them a variety of imagery techniques to allow them to cope with negative emotions tied to past events, set goals for the future, and improve their emotional balance in daily life. After learning these techniques, participants practiced them for approximately 15 to 20 minutes a day for 12 weeks, then attended another two-day workshop.

Using an electroencephalographic measurement (EEG), Dr. Velikova compared a psychological assessment and measure of brain activity taken from before they began the experiment to these measures taken again after they completed it. She commented on the results, stating that “the psychological testing showed that depressive symptoms were less prominent. The number of those with subthreshold depression, expressing depressive symptoms but not meeting the criteria for depression, was halved. Overall, volunteers were more satisfied with life and perceived themselves as more efficient.”
The team also found changes in the activity of brain regions associated with pleasant emotions and image processing, as well as a possible increase in activity linked with antianxiety and antidepressant properties.

As per these results, the team concluded that this self-guided imagery training could improve the emotional well-being of healthy people in a cost-effective and relatively simple manner.

Related: Foods for your mood

The Healthy Truth: How to improve mood and get enough vitamin D in the winter