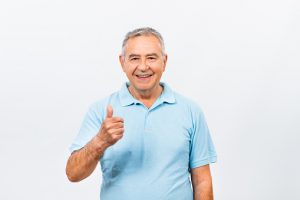 The aroma of some of our favorite foods can stir up a bevy of emotions that contribute to the overall enjoyment of the food we eat. The consumption of our favorite food makes us happy and content, and we are usually incredibly satisfied afterward. But perhaps our favorite foods may be having more of an effect on our moods than when initially think. Researchers revealed evidence that some flavors of food may actually provide mood-enhancing effects, much like the ones provided by prescription medication.

Comfort foods such as chocolate have been known to put us in a good mood, but we attribute that to its sweet taste. According to a new report, however, foods like chocolate bear a striking chemical similarity to valproic acid—a widely used prescription mood-stabilizing drug for the treatment manic-depressive disorder and related conditions.

“Molecules in chocolate, a variety of berries and foods containing omega-3 fatty acids have shown positive effects on mood. In turn, our studies show that some commonly used flavor components are structurally similar to valproic acid,” said Karina Martinez-Mayorga, Ph.D., leader of the research team.

The team focused their study on the effects of flavors on mood, including the likes of chocolate, blueberries, raspberries, strawberries, teas, and other foods thought to modulate mood. By using the techniques of chemoinformatics—the application of informatic methods to solve chemical problems—they were able to screen the chemical structure of more than 1,700 food flavor ingredients for similarities to various antidepressant medication, marketed drugs, and other agents reported with antidepressant activity. What they found was that valproic acid shared a strikingly similar chemical structure to many of these food items, though other pharmaceutical medications are being looked into.
“It is important to remember that just eating foods that may improve mood is not a substitute for prescribed antidepressive drugs,” Martinez-Mayorga cautioned. And for people not requiring medication, she notes that eating specific foods and living a healthful lifestyle can generally boost mood.