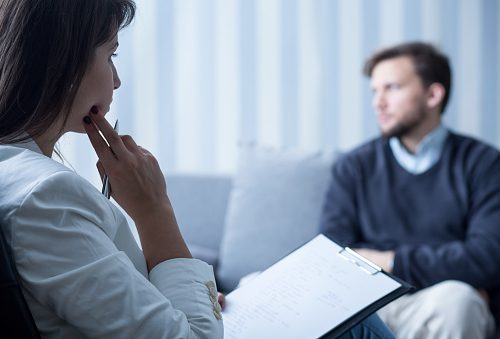 Everyone feels sad now and again—it’s a fact of life. Thankfully, this sadness is often temporary, fading away with the passage of time. However, there are people who are affected by sadness to a greater degree, having a hard time feeling happy again. These people suffer from depression.

Depression is a complex psychological diagnosis that involves various factors including genetic predisposition, personality, and brain chemistry. According to new research, depression also affects the brains of males and females differently.

Generally, females in their adolescent years are more at risk for depression, as they face several issues that do not typically occur in males. These include body image issues, hormone fluctuations, and genetic factors. However, the way the disorder manifests and its consequences may have more of an impact when it comes to differences between both sexes.

“Men are more liable to suffer from persistent depression, whereas in women depression tends to be more episodic. Compared with women, depressed men are also more likely to suffer serious consequences from their depression, such as substance abuse and suicide,” explains Jie-Yu Chuang, a researcher at the University of Cambridge, and an author on the study.

To further investigate the impact depression has on the sexes, a study was carried out to determine the differences. A total of 82 females and 24 males took part in the study, all of which were between 11 and 18 years of age who had suffered from depression. An additional 24 females and 10 males were included as healthy controls.

Images of each participant’s brain were taken via MRI (magnetic resonance imaging) while happy, sad, or neutral words were flashed on the screen.

Brain activity was measured throughout the study, as the subjects either pressed or did not press a button when certain words appeared.

The researchers noticed that when a certain pattern of words was displayed, depression affected brain activity differently in the boys and girls in brain regions.

“Our finding suggests that early in adolescence, depression might affect the brain differently between boys and girls. Sex-specific treatment and prevention strategies for depression should be considered early in adolescence. Hopefully, these early interventions could alter the disease trajectory before things get worse,” said Chuang.

The researchers feel that more research is needed to determine why a difference was seen at all between the males and females. More females took part in this particular study do to the fact that depression is more commonly found in this population. Despite this, the researchers want to recruit more males if a large study was to be done.