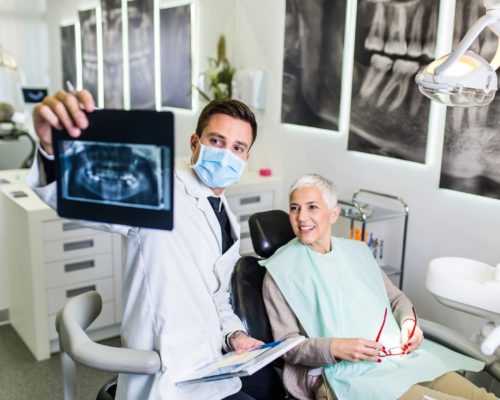 Is there more to brushing your teeth than fresh breath and a bright smile? A new study is saying “yes” in a big way.

Researchers from the University of Bergen have found that oral hygiene may have a significant role in cognitive decline and Alzheimer’s risk. They noted that having gum disease—known as gingivitis—is closely associated with Alzheimer’s.

Researcher Piotr Mydel, one of the study’s authors, said, “We discovered DNA-based proof that the bacteria causing gingivitis can move from the mouth to the brain.”

The bacteria produce a protein that may destroy nerve cells in the brain, leading to memory loss and potentially Alzheimer’s. The researchers note that these proteins, or oral health, are not the only factor that influence’s Alzheimer’s risk, but that it can lead to “rapid progression” if unmonitored. Thankfully, they indicate it is a highly controllable variable.

They suggest regular brushing and flossing as the best way to maintain healthy gums and prevent gingivitis. If you have gingivitis and a family history of dementia or Alzheimer’s, they suggest making regular trips to the dentist to ensure the best gum care possible.

Brushing your teeth twice per day—in the morning and evening before bed—helps to clear away food particles and bacteria that can lead to tooth decay and gum disease. Flossing at least once per day can help clear out spaces that can’t be reached with brushing. For most people that practice good oral hygiene, an annual dentist visit is typically good enough. Depending on the state of your teeth and gums, more visits may be required.

It should be noted that some of the researchers involved in the study work for a company called Cortexyme, which creates and tests drugs for Alzheimer’s treatment, and are using these findings to create a drug that blocks the proteins from impacting the brain.

Keeping up with oral hygiene might not be number one on your Alzheimer’s prevention list, but hey, it surely can’t hurt!