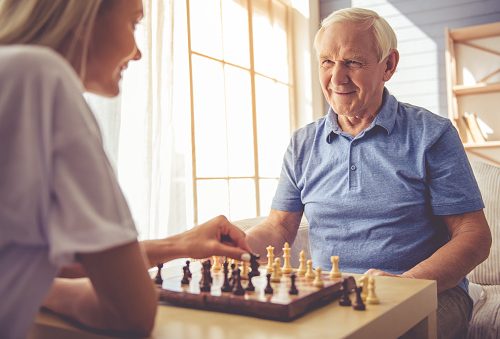 Alzheimer’s disease is a progressive condition where a person gradually loses memory and thinking capacity while developing behavioral problems that eventually make it difficult to perform daily tasks. While scientists have confirmed that it is a form of dementia and is not necessarily linked with aging, there is no way to cure it or stop its progress. However, treatment options to delay the progression of the disease exist and it is essential to detect it early.

This may now be easier through a simple blood test devised by a team of researchers in Japan.

The blood test can be used to determine if a person is at risk of developing Alzheimer’s disease. The test involves measuring blood plasma levels of amyloid-beta—a sticky protein. This is the same protein that can be observed in the form of plaque deposits or clumps in the brain scans of patients suffering from Alzheimer’s disease. In the early stages, it may not be noticeable in the scans, but according to the latest findings, it can be detected in the blood.

The new research that found this development is based on a previous study carried out by researchers at Washington University School of Medicine in 2017. In the 2017 study led by Randall Bateman, researchers used plasma biomarkers to predict the presence of amyloid in the brain by analyzing cerebrospinal fluid.

Katsuhiko Yanagisawa and his team studied the brain scans and blood samples of 121 Japanese and 252 Australians, some of which had Alzheimer’s disease and others who had mild cognitive impairments that were unrelated to Alzheimer’s.

They used a technique known as mass spectrometry, which is more sensitive compared to techniques used earlier. It allowed them to detect minor quantities of the protein in the blood. Researchers decided to find the ratios between varieties of the protein instead of looking at the total level in the blood. These ratios would enable them to differentiate between people who had brain plaques and those who did not.

For higher accuracy, researchers developed a composite biomarker score by combining the ratios of both groups of patients in order to ascertain the presence or absence of the amyloid beta plaques in the brain.

According to Steven Kiddle, a bio-statistician at the University of Cambridge, the test can be used to identify good candidates for clinical trials of early interventions. Developing the test has been a challenging task, as the amount of amyloid-beta that flows in the bloodstream is relatively low compared to the deposits in the brain, and previous studies found no correlation between the two. However, further research is necessary, as the test requires refinement.

Agitation and anxiety in Alzheimer’s disease: Treatment options for behavioral symptoms of dementia