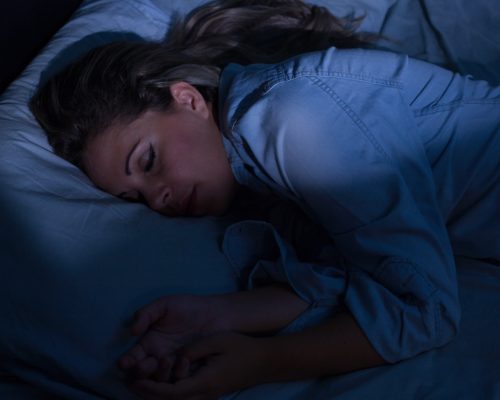 Sleeping allows the brain to perform some “house cleaning” and eliminate waste. If the brain is unable to perform these tasks, there is a higher risk of memory loss or Alzheimer’s disease.

There are many nighttime habits you could be performing that are putting your brain at risk of Alzheimer’s disease unknowingly, but recognizing and changing these habits could reduce your risk.

Pulling all-nighters: You may think you’re getting more done by staying up all night, but you’re doing more harm than good. Studies have shown that sleepless nights increase the risk of tau buildup in the brain by 51.5 percent. Tau proteins have been linked with a higher risk of Alzheimer’s disease.

You live with untreated sleep apnea: Sleep apnea is a sleep disorder that causes a person to awaken several times throughout the night. Studies suggest that patients with sleep apnea have more tau buildup than those without. Sleep apnea prevents oxygen from getting to the brain, so living with it untreated can have long-term detrimental effects.

You’re not getting enough restorative sleep: As we sleep, we enter different sleep cycles, one of those being a deep, restorative cycle. Not spending enough time in this phase can increase your risk of tau proteins.

You’re a back sleeper: Sleeping on your side, as opposed to your back or front, has been linked with more significant brain clean up. As mentioned, if the brain is unable to “clean up,” it can increase the risk of Alzheimer’s disease.

You’re a big napper: An occasional nap is okay, but if you rely on them, it could be putting you at a higher risk for Alzheimer’s disease. That is because napping disrupts your body natural internal clock.

By making simple changes to your nighttime routine, you can better reduce the risk of Alzheimer’s disease.